Posted by Green on May 20, 2020
in folk-rock
as Buffalo Springfield 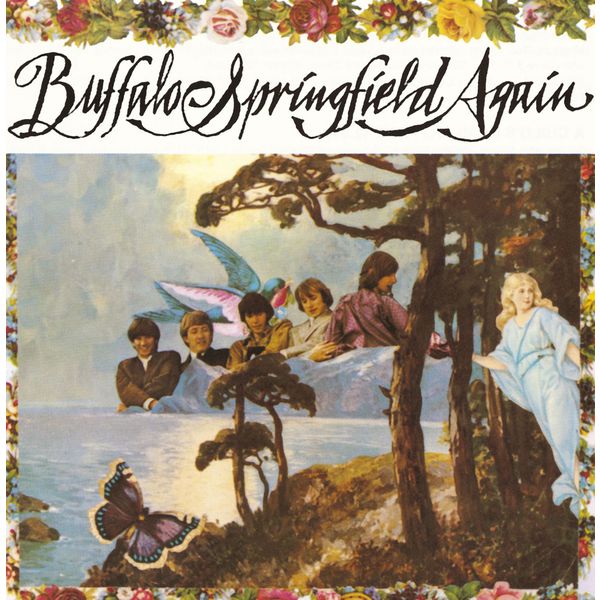 Due in part to personnel problems which saw Bruce Palmer and Neil Young in and out of the group, Buffalo Springfield’s second album did not have as unified an approach as their debut. Yet it doesn’t suffer for that in the least — indeed, the group continued to make major strides in both their songwriting and arranging, and this record stands as their greatest triumph. Stephen Stills’ “Bluebird” and “Rock & Roll Woman” were masterful folk-rockers that should have been big hits (although they did manage to become small ones); his lesser-known contributions “Hung Upside Down” and the jazz-flavored “Everydays” were also first-rate. Young contributed the Rolling Stones-derived “Mr. Soul,” as well as the brilliant “Expecting to Fly” and “Broken Arrow,” both of which employed lush psychedelic textures and brooding, surrealistic lyrics that stretched rock conventions to their breaking point. Richie Furay (who had not written any of the songs on the debut) takes tentative songwriting steps with three compositions, although only “A Child’s Claim to Fame,” with its memorable dobro hooks by James Burton, meets the standards of the material by Stills and Young; the cut also anticipates the country-rock direction of Furay’s post-Springfield band, Poco. Although a slightly uneven record that did not feature the entire band on several cuts, the high points were so high and plentiful that its classic status cannot be denied. ~ Richie Unterberger