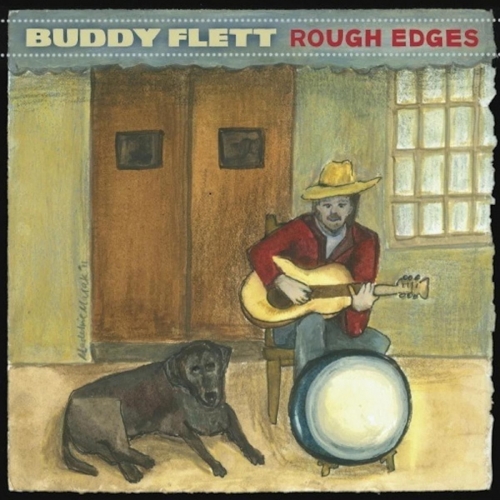 That Buddy Flett is recording at all, after an encephalitis-induced coma, is its own kind of miracle. That Flett, whose songs have been recorded by John Mayall, Percy Sledge and Tab Benoit, is sounding perhaps better than ever — deeper in the groove, deeper in the lyric — is quite another.

A new album makes the case. Boasting five originals, two collaborations with long-time writing partner David Egan, and a trio of well-placed cover songs, Rough Edges is testament to Flett’s steely resolve to return. He does so, more often than not, all alone — clawing his way back with a striking intensity accompanied by nothing more than his own guitar and stomping foot.

The effect on songs like the opening “Train” is one of unforgettably stark emotion. It’s a moment of scary portent, as Flett unleashes a watery riff, but not the last: “Honky Tonk” weeps with a lonely slide, even as Flett recalls the simmering majesty of his first experience with the blues. He squeezes every ounce of hurt feeling out of a new take on “First You Cry,” the Egan co-write memorably covered by Sledge. He explores Duane Allman’s “Lil Martha” with a stoic delicacy. “Third House on the Left” boasts a howl that’s redemptive yet still sensual.

Elsewhere, the spirit of Hubert Sumlin, a key influence and old running partner of Flett’s, is something of a recurring theme — and not just in a touching tribute with drummer Brian Blade and upright bassist Chris Michaels, called “Born in Mississippi.” The second Egan co-write “Good To Ya Baby” connects Flett’s sound even more completely with Sumlin, as Flett catches a scalding little groove all by himself. Later, Flett references the former Howlin’ Wolf sideman when introducing a determinedly sad take on the blues standard “Bad Luck and Trouble.”