Posted by Green on September 6, 2020
in bluegrass, country
as Bronwyn Keith-Hynes 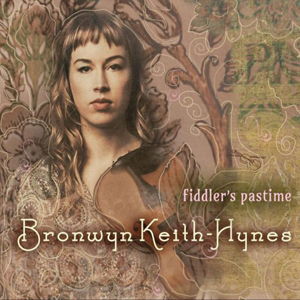 Fiddler’s Pastime is the debut solo album that establishes fiddler Bronwyn Keith-Hynes as one of the most exciting bluegrass musicians of her generation. This powerful collection of original fiddle tunes and traditional songs features world renowned guest artists Sierra Hull, Tim O’Brien, Sarah Jarosz, Chris Eldridge, Laura Orshaw and James Kee. This debut showcases Bronwyn’s ability not only to effortlessly lead a band with her fiery, innovative and witty fiddling but to slip into the background in creative ways to support the other instrumentalists and guest singers who contribute to this stunning bluegrass album. Created with the help of producer and Sam Bush Band banjo player Wes Corbett, Fiddler’s Pastime is a celebration of her first year of living in Nashville, TN. “I moved here in 2018 and it’s been a really inspiring time in my life, being surrounded by this incredible music scene” Bronwyn says. “I felt like I had to make an album to capture some things I’m excited about right now.”