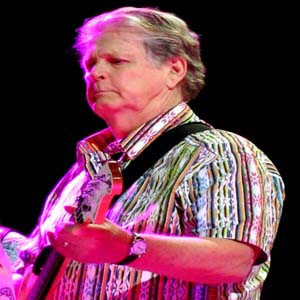 Brian Douglas Wilson (born June 20, 1942) is an American musician, singer, songwriter, and record producer who co-founded the Beach Boys. After signing with Capitol Records in 1962, Wilson wrote or co-wrote more than two dozen Top 40 hits for the group.In addition to his unorthodox approaches to pop composition and mastery of recording techniques, Wilson is known for his lifelong struggles with mental illness. He is often referred to as a genius and is widely acknowledged as one of the most innovative and significant songwriters of the late 20th century.