Posted by Green on April 7, 2020
in folk
as Bonnie Prince Billy, The Cairo Gang 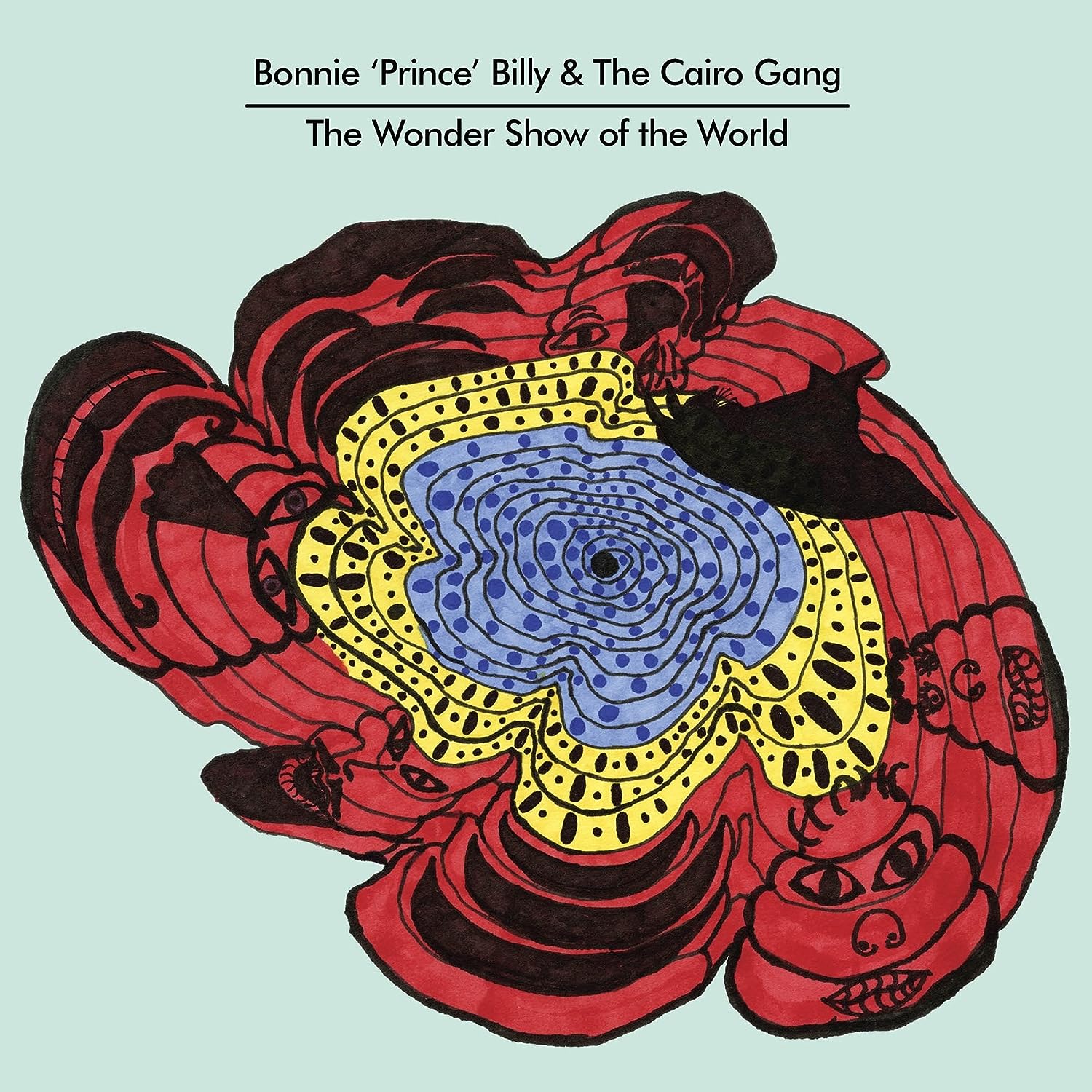 Although The Wonder Show of the World is the first Bonnie “Prince” Billy record to feature a co-billing with the Cairo Gang, he’s been accompanied by guitarist Emmett Kelly many times, both as part of his live band and in the studio for some of his best work of the 2000s (The Letting Go, Lie Down in the Light). This time it’s special, though, with Kelly in the limelight like he’s never been on record and a spare, no-frills production to emphasize the music-making on display. His playing is fluid and virtuosic but never showy, and his range is impressive, from fingerpicked guitar to lazy but jagged country-rock (on the occasional track with drums) to the brooding, stately “Teach Me to Bear You,” where he tears off a solo channeling Eric Clapton during the last few seconds of a five-minute track. As always, Will Oldham’s lyrics never fail to impress, and the best are front-loaded. The mystery of the opener, “Troublesome Houses,” is revealed quickly (“I once loved a girl, but she couldn’t take that I visited troublesome houses”). He inhabits his characters fully, and his lyrics reveal these characters’ inner thoughts in intriguing fashion: some are stark and declamatory, others hurt and questioning, still others simply puzzled and helpless when faced with the hands they’ve been dealt. More than most Bonnie “Prince” Billy records, this is one of those austere records, filled with lyrical archaisms — fans will think first of Master and Everyone — but Kelly and company prove a capable foil for the monolith of Oldham’s rustic songwriting and singing.