Posted by Green on June 30, 2020
in Discography, roots rock
as Bob Weir 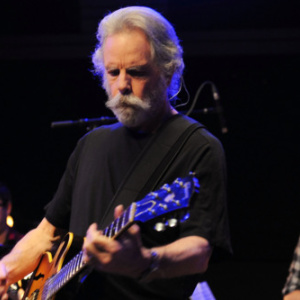 Robert Hall Weir born October 16, 1947) is an American musician and songwriter best known as a founding member of the rock band Grateful Dead. After the Grateful Dead disbanded in 1995, Weir performed with The Other Ones, later known as The Dead, together with other former members of the Grateful Dead. Weir also founded and played in several other bands during and after his career with the Grateful Dead, including Kingfish, the Bob Weir Band, Bobby and the Midnites, Scaring the Children, RatDog, and Furthur which he co-led with former Grateful Dead bassist Phil Lesh. In 2015, Weir, along with former Grateful Dead members Mickey Hart and Bill Kreutzmann, joined with Grammy-winning singer/guitarist John Mayer to form the band Dead & Company.The band remains active.