Posted by Green on July 12, 2019
in progressive rock
as Billy Sherwood 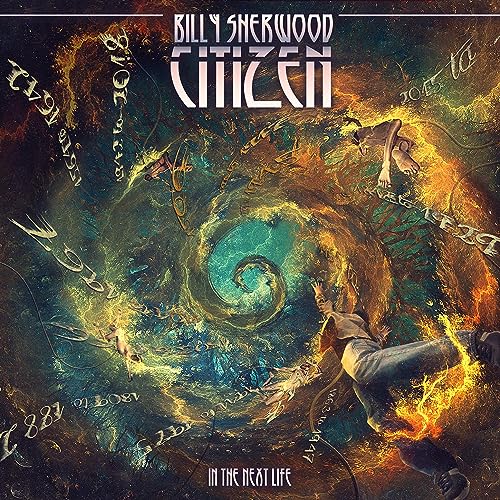 ‘Citizen: In The Next Life’ is Billy Sherwood’s second release in the Citizen series, which continues the concept begun with the ‘Citizen’ album released in late 2015. The songs describe the individual experiences in a journey through time and space of a character, ‘The Citizen’, through his own eyes:from an appearance in the Berlin bunker as Adolf Hitler in the final days of WWII, to the Impressionist painter Monet, then as Stephen Hawking exploring the depths of the mind and universe, as Wyatt Earp (the legendary sheriff of Tombstone), plus Christopher Columbus, Romeo Montecchi (Romeo & Juliet),
Mata Hari and other real and fictitious characters.
Of the first single ‘The Partisan’ and other songs on the album, Sherwood says, “the song is about Adolf Hitler and follows his rise to power and eventual fall. ‘Sophia’ is about the first ever A.I. to be formally recognised and declared a citizen of a nation (Saudi Arabia). It explores the notion that perhaps this isn’t such a great idea and ‘just because we can doesn’t mean we should’. ‘Monet’ finds the citizen as the famous Impressionist painter and expresses the beauty within the paintings themselves, ‘painting for all our eyes’. ‘We Shall Ride Again’ has the citizen as the famous lawman Wyatt Earp as he takes care of
business, along with his brothers Virgil, Morgan and comrade Doc Holliday. ‘By Design’ is a song where the soul of the main character is Romeo, expressing his love for his Juliet, while ‘Mata Hari’ is about the infamous spy who used her seductive ways to get vital information to the governments she worked for.
The double agent would eventually find herself in front of a firing squad after being found out.”For the first album in the Citizen series, Billy amassed an impressive list of guests, including the last recorded performance of original Yes bassist Chris Squire. This time around he chose to develop the concept alone, with the resulting record again displaying his exceptional storytelling skills as he takes his listeners on a fascinating musical ride through the centuries. It also includes an impersonation of The Citizen character as Chris Squire via ‘Amazing Grace’, a famous bass solo that he used to perform
on stage and thus deemed a fitting tribute.
“I’m looking forward to this record coming out and having people take these jumps through time. With the citizen as a guide there are many interesting places this lost soul appears. I think of it as a sort of movie for the ears. I recommend a good set of headphones and let the stories take you on a journey,”adds Sherwood.