Posted by Green on April 9, 2021
in fusion, jazz
as Bill Bruford's Earthworks 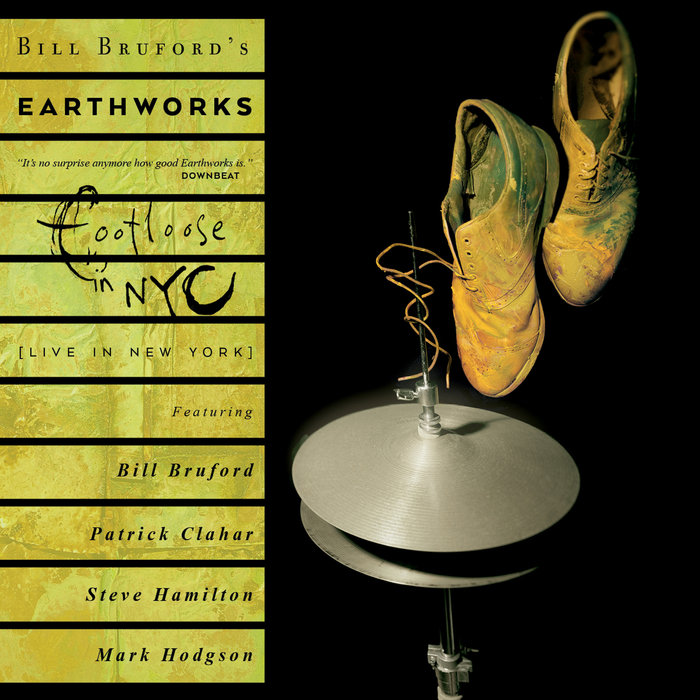 In 1986, prog rock percussion legend Bill Bruford formed Bill Bruford’s Earthworks as a venue to work on his true passion, jazz. For the formation, he recruited Django Bates (trumpet, Eb tenor horn, keyboards), Mick Hutton (acoustic bass), and Iain Ballamy (soprano, alto, and tenor saxophones). The group quickly set out to release its first album, simply called Earthworks. Their second album, Dig?, was released in 1989. They followed that one with All Heaven Broke Loose in 1993. Next, the group continued in rapid-fire fashion with Stamping Ground, its first live release. Bruford’s attention was diverted from the band for a couple of years, as he concentrated on King Crimson. When he returned his focus to his own band, the result was a best-of compilation with the addition of unreleased live recordings. The album, called Heavenly Bodies, was issued in 1997.

A Part, And Yet ApartBy the time they released 1999’s A Part, and Yet Apart, the group’s lineup was comprised of Bruford, pianist Steve Hamilton, soprano and tenor saxophonist Patrick Clahar, and bassist Mark Hodgson. This lineup was also responsible for The Sound of Surprise (2001), Footloose and Fancy Free (a live album released in 2002), and Footloose in New York City (a live DVD released in 2002). Tim Garland (tenor and soprano saxophones, flute, bass clarinet) later replaced Clahar, and the band went on to release the live album Random Acts of Happiness (2004). Recorded at New York City’s Iridium jazz club, 2006’s Earthworks Underground Orchestra was not an album by the Earthworks band per se, but rather an exploration of Earthworks repertoire performed by Bruford along with Garland and a New York version of his Underground Orchestra (and including appearances by trombonist Robin Eubanks on two tracks). During Earthworks’ last several years, the group underwent additional personnel changes and toured in the U.K., Europe, and Asia, and also appeared in New York City. Earthworks’ final show took place in the summer of 2008 at Ronnie Scott’s in London, and at the start of the following year Bruford announced a formal end to the group — as well as his own retirement from public performances. ~ Gary Hill