Posted by Green on November 9, 2020
in blues, Discography
as Big Daddy Wilson 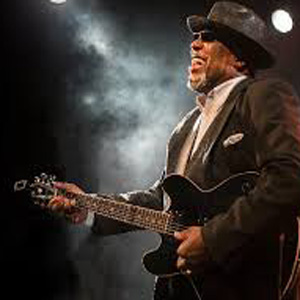 Award-winning bluesman Big Daddy Wilson is a U.S.-born vocalist and songwriter based in Germany. Possessed of a rich, emotionally honest, spiritually resonant crystal-clear baritone, Wilson performs originals and covers in genres ranging from Delta and Chicago blues, gospel, jazz standards, and reggae, all of which are rendered equally in his soulful delivery. His versatility is in his DNA, emerging from the soil of his small North Carolina hometown — where he listened to gospel and country — and from the military bases of Germany — where he first heard the blues — to the stages of Europe, where he’s collaborated with a wide range of players, writers, and singers including Eric Bibb. Though he’d been gigging in European clubs for nearly five years, his debut album didn’t appear until 2004 when Hungary’s Crossroads label issued Get on Your Knees and Pray backed by the Mississippi Grave Diggers — a Hungarian blues band. With the exception of two acclaimed dates for France’s Dixie Frog Records, he has been most closely associated with Germany’s Ruf Records since 2009, which released his international breakthrough Love Is the Key. 2017’s Neckbone Stew registered on the global blues charts in physical sales and at streaming, earning Wilson stage appearances at some of the most prestigious blues and jazz festivals across the globe.