Posted by Green on June 30, 2021
in alternative rock, Discography
as Belly 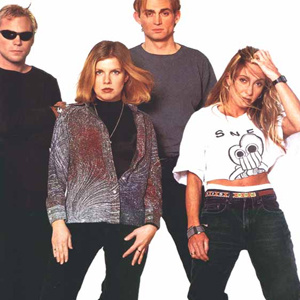 Belly is an alternative rock band formed in Rhode Island in 1991 by former Throwing Muses and Breeders member Tanya Donelly. The original lineup consisted of Donelly on vocals and guitar, Fred Abong on bass, and brothers Tom and Chris Gorman on guitar and drums respectively. The band released two albums during the early 1990s alternative rock boom before breaking up in 1995. They reunited in 2016, and mounted limited tours in the United States and United Kingdom that year.