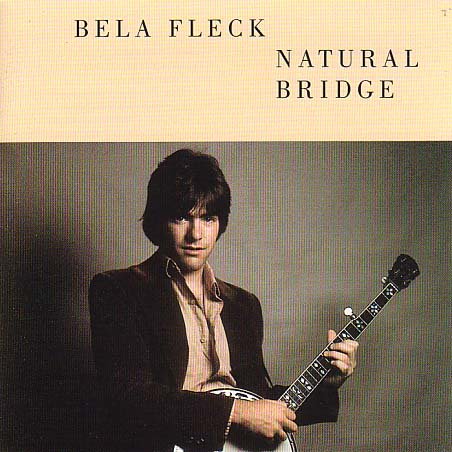 Before he single-handedly invented jazz-fusion five-string banjo, Bela Fleck was a young bluegrass player whose work with such bands as Spectrum and the New Grass Revival pushed the envelope of bluegrass tradition and contributed to the development of the New Acoustic movement spearheaded by mandolinist David Grisman, guitarist Tony Rice, and others. Fleck’s playing was based on the melodic Keith/Trischka style along with the single-string technique of Don Reno, but his sound was all his own and as time went on his ideas became increasingly jazz-based. His second album finds him straddling the fence between bluegrass and jazz: “Punchdrunk” is a quirky romp built on an explicitly bluegrassy foundation, while “Flexibility” almost sounds like 1940s bebop. Other compositions fall somewhere in between, such as the beautiful and gentle duet between banjo and dobro, “Daybreak” and the highly chromatic but traditionally textured “Applebutter.” Guests include all the usual suspects: Grisman, guitarist/fiddler Mark O’Connor, fiddlers Darol Anger and Sam Bush, bassist Mark Schatz, and dobro fiend Jerry Douglas, among others. Great stuff.