Posted by Green on February 27, 2019
in blues, soul
as Barbara Lynn 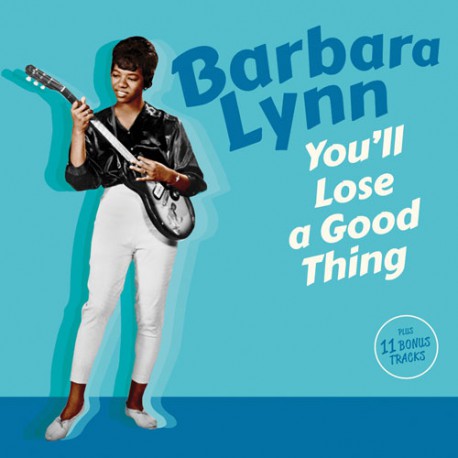 The great singer and guitarist Barbara Lynn is a left-handed player from East Texas, and also one of the few female performers of the early Sixties to write most of her own material. Lynn’s music often straddled the line between blues and Southern R&B, and since much of her early work – including the #1 hit and soul stirrer “You’ll Lose a Good Thing” – was recorded in New Orleans, it bore the sonic imprint of the Crescent City.

This essential CD edition includes Barbara Lynn’s debut album, You’ll Lose a Good Thing, in its entirety. Originally issued by Jamie Records in 1962, this magnificent LP was produced by Louisiana-born Huey Meaux, an influential figure in Texas music circles. In addition to the original LP, this remastered collector’s release contains 11 bonus tracks, including a bunch of hard-to-find-sides from the same period.