Posted by Green on November 1, 2020
in Discography, folk, pop
as Amy Macdonald 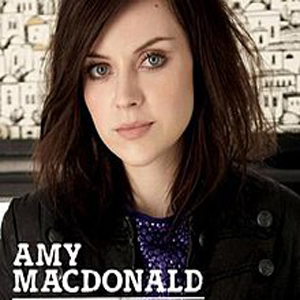 Amy Elizabeth Macdonald (born 25 August 1987) is a Scottish singer-songwriter, guitarist, and musician. She has sold over 12 million records worldwide.Macdonald released her debut album, This Is the Life, in 2007. The singles “Mr. Rock & Roll” and “This Is the Life” from it were chart hits. The latter charted at number one in six countries, while reaching the top 10 in another 11 countries. The album reached number one in four European countries – the United Kingdom, Denmark, the Netherlands and Switzerland – and sold three million copies worldwide