Posted by Green on April 30, 2020
in americana
as American Aquarium 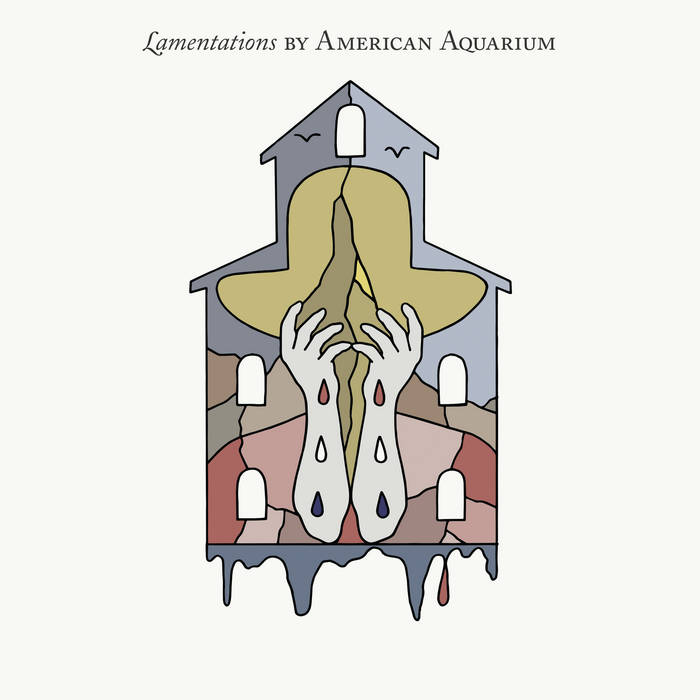 If you didn’t know better, you could be persuaded that Me + Mine(Lamentations), the seven-minute opening track from American Aquarium’s new album was an unreleased Springsteen number from his Nebrasksa days. That said, the lyrics, about the broken American dream, are clearly rooted in the experience of the last three years that has seen the divide in the nation grow wider and the hard times hit harder. Written from the perspective of a conservative Southern voter who feels unseen, unheard, and short on hope (“It’s like we don’t matter”, momma said/”At least that’s how it seems”) as BJ Barham sings how “Me and mine have worked this land/As long as my grandfather can remember…Then they showed up, they shut us down/ Same old story, the same old town…And that’s the day I woke up/From the American dream”. While the lines “Fool me once, shame on you/Fool me twice, shame on me” might well have the upcoming Presidential election in mind, it’s equally easy to recall the recent General Election here as he laments about “unpaid bills/Broken homes and opioid addiction” and politicians who turn up “Promisin’ that/He’ll return the jobs/That God himself could not bring back”.

Produced by Shooter Jennings, the first with the new band line up and with The Watson Twins guesting on vocals, the album is very much both a personal laying bare and a document of the times. This time sung in the persona of a long-haul trucker and with a vague hint of The Band, Before The Dogwood Blooms adopts a more musically muscular mid-tempo guitar rock approach coated with pedal steel and keys, but the lyrical content remains in a state of despair, getting out while the getting’s good as the bills come due and the rent don’t pay itself, taking a job for cash, no questions asked, but on a promise to return.

“These days, things don’t come easy/It’s all I can do most just to keep it between the lines”, he sings on Six Years Come September, another Springsteen echo, spinning the story of a man who’s lost his family (“I got a picture of you holding a picture of her taped to the dash of my car…the two of you were the only thing in life worth fighting for”) through his former drinking habit, living six years of regret haunted by “the ghost of the man I could’ve been”. It’s not stated, but the inference is devastating.

The tempo picks up in Starts With You for more of an early Earle vibe, piano and organ providing the backbone, following on with the martial beat drums riding with those ghost riders in the sky for pedal steel-backed dust country rocker Brightleaf + Burley, the title a reference to the Bright Leaf & Burley Tobacco Co. from North Carolina that went bust in 1964, although the song’s set during the Great Depression as the local tobacco industry collapsed, along with oil, coal and steel, Barham’s cynicism about religion (and bear in mind this is in the bible belt) stepping up as he sings how resilience is fine “but if your God was gonna save us, he’d have done it by now”. There’s a personal note here too, as for 200 years, his family had a tobacco farm in the Piedmont region before it all went up in smoke, Barham’s advocating transitioning to growing legal marijuana.

Playing out on a prolonged dissonant keyboards note howling into the abyss, it gives way to The Luckier You Get with its crowd-rousing staccato-drum-beat and guitar ringing chorus intro with its received wisdom that “The harder you work, the luckier you get” as the track unfolds into another Springsteen-like blue-collar autobiographical narrative, dropping out of college to make it with his guitar and, while he’s “seen far less highs than I have lows”, he’d “rather get to the top steady and slow/Than end up there too fast with nowhere to go”.

Behind the piano and with sax and organ adding soul, he gets rawly confessional on The Day I Learned To Lie To You, a song about how, whatever your best intentions, you hurt the ones you love and of the regret that lives with you when it all falls to pieces (“the lies, they started short and small/But then they grew up big and tall/Like that old oak tree out in our front yard/And without warning, late last May/A branch, it snapped and then gave way/It tumbled down and tore our home apart”).

Things look brighter though as, returning to the perspective of an optimistic Southerner and those Earle echoes, you get the bouncy vision of A Better South rising beyond its racists past with its shuffling backbeat and pedal steel. However, it’s swiftly back to darkness and regret, with How Wicked I Was, a dustily sung slow puttering drumbeat chug which finds him wondering how he’s going to explain the damage he’s done and the life he’s lived to his young daughter, begging for his wife not to tell her.

Featuring churchy organ, it ends in anthemic, Southern salvational style with The Long Haul, a defiant refusal to fall victim to the odds, the song speaking of quitting booze (“the hardest part/Of getin’ sober/Is learnin’ a drinkin’ buddy/Ain’t the same thing as a friend”), dismissing those who say the music doesn’t cut it without the alcohol, and realising that “the hardest part/Of startin’ over/Is admittin’ to yourself/That somethin’ has come to an end”. Now sober and (after two failed engagements) happily married for six years to Rachael Elicona, the woman met in a bar after a gig in 2011, he sings how he’s “as solid as a redwood” and “She’s standin’ by my side/Got the patience of a sunset”, ending on a wonderfully wry note with “last Sunday after supper/I asked her why she stays/She said, “I ain’t gonna be just another song/About walkin’ away”.

Ending on a ray of light after the darkness, the album is further testament to Barham’s storytelling skills as well as the painful honesty of the personal numbers; it may well be his best yet.