Posted by admin on February 1, 2020
in country, rock
as Allison Moorer 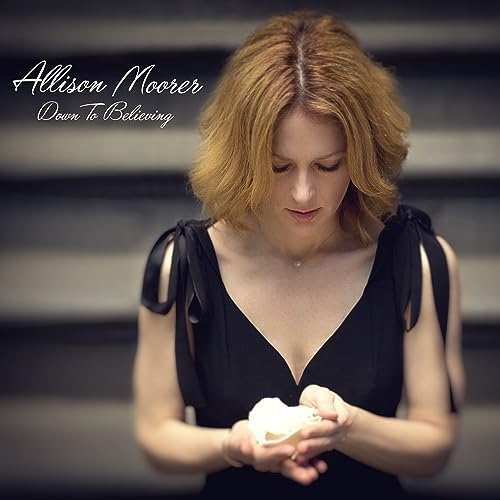 Her first album since splitting from husband Steve Earle and the formal diagnosis of her son with autism, both events inevitably play a significant part in the material. The collapse of her marriage is addressed with fierce honest in the title track, a waltzing, pedal steel streaked reflection of how, after trying their best, using it all up without putting anything back, it all comes down to “whether we do or we don’t… to staying or leaving and whether we will or we won’t.” If there’s a resigned acceptance here, she’s far more aggressive on ‘Mama Let the Wolf In’, a bayou-groove bluesy howl that reflects her anger and self-blame for the “bad muthafucker” of her son’s condition. The gutsy rocking ‘I Lost My Crystal Ball’ brings both together as, backed by fierce guitar, she declares how everything’s “made a wreck of me”.

They’re not the only numbers that cut close to home on what is, generally speaking, an extremely personal collection of songs. A gentle acoustic ballad about her unconditional love for sister Shelby Lynn, ‘Blood’, is the sort of song to make you go weak at the knees while reflective piano backed ballad ‘If I Were Stronger’, the bluesy, slow rocking ‘Tear Me Apart’, southern sass strutter ‘Like It Used To Be’ with its cascading bouzouki and the desperately sad mid-tempo rocker ‘Wish I’ (“wish you would hold me like you hold your cigarette”) all pretty much speak for themselves.

Although there’s quieter moments like the Dobro-driven closing track, ‘Gonna Get It Wrong’ (another song about caring for her son), this is first and foremost a rock album and since, at times, it calls to mind the swampy chops of Creedence Clearwater Revival, it seems perfectly fitting that it should include a faithful, drawled thematically connected cover of ‘Have You Ever Seen The Rain?’ She’s weathered some hurricane storms in the past couple of years, but through all the pain and hurt she’s been defiant and strong and, while ‘I’m Doing Fine’ may be more about convincing herself than others, if she’s not yet fully come out on the other side, this album is ample proof that she’s not lost the will or the fight to get there.