Alexis Korner – R&B From The Marquee + Blues From The RoundHouse: The Remastered Edition (2019)

Posted by Green on March 6, 2019
in blues
as Alexis Korner 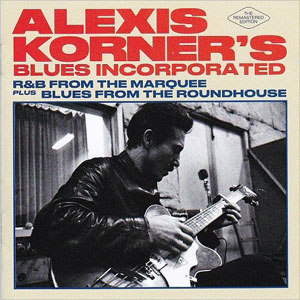 This essential CD includes two of Alexis Korner’s seminal albums, made when he labored (teamed with his longtime music collaborator Cyril Davies) in near complete obscurity: the iconic 1962 LP R&B from the Marquee (which despite its title was actually taped at Decca Records’ London studio), plus the underrated and long unavailable, Blues from The Roundhouse (originally issued as a 10” in 1957).

In addition to the two legendary LPs from Korner’s legacy, this remastered collector’s CD also contains 6 bonus tracks, which consist of hard-to-find sides from the same period, including “3/4 A.D.” – a collaborative recording with the celebrated British folk guitarist Davy Graham