Posted by Green on September 25, 2020
in americana, Discography, rock
as Ad Vanderveen 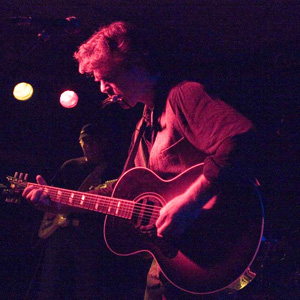 Ad Vanderveen has earned a reputation as one of the finest singer/songwriters in the new folk and roots genre. Although born a Dutchman (Hilversum, 1956), half his family are Canadian and it’s this part of the world his musical roots can be traced to.
Since the days before it was called Americana Ad has been exploring his songwriting muse through a mixture of rock ‘n’ roll, folk and country, working in many bands before finding his own voice as a solo artist in the early 90s.
His music covers a wide range of styles, from intimate acoustic songs as a solo performer, with singer and companion Kersten de Ligny, to expressive and extensive electric improvisation with his garage band The O’Neils, as well as everything inbetween.
Over the years Ad has built up an impressive catalog of solo CDs and numerous side projects, working with many great musicians all over the world such as: Al Kooper, Al Perkins, Leland Sklar, Herman Brood, Flaco Jimenez, Iain Matthews, Eliza Gilkyson, Eric Andersen, David Olney, to drop a few names.
Recently, on hearing Vanderveen’s 2017 album ‘Worlds Within‘ none other than Van Morrison personally invited him as his opening act, while another one of AV’s long-time favorites, John Gorka, joins in a duet on the 2018 album ‘Denver Nevada‘.
Ad Vanderveen ‘s live and record performances have garnered him high praise from critics as well as from a long list of renowned colleagues. His excellent reputation as a singer/songwriter and performer is spreading, both in the old world and the new.