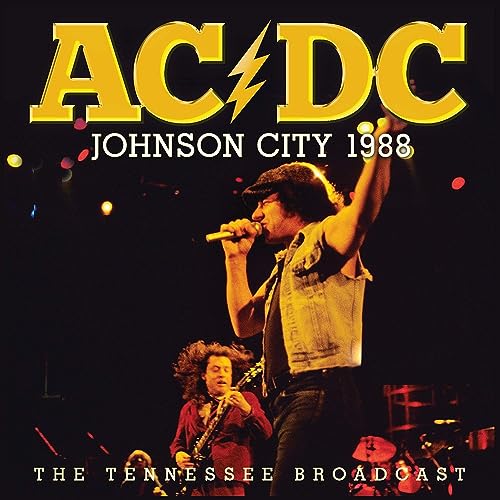 In February 1988, AC/DC were inducted into the Australian Recording Industry Association’s Hall of Fame. The band’s eleventh studio album, Blow Up Your Video, had been released in January, and had been recorded the year before at Studio Miraval in Le Val, France. The sessions reunited the band with their original producers, Harry Vanda and George Young. The group recorded nineteen songs, choosing ten for the final release; it was a huge commercial success. Blow Up Your Video sold more copies than the group s previous two studio releases combined, reaching No. 2 on the UK charts – AC/DC’s highest position since Back in Black in 1980. The album featured the UK top-twenty single Heatseeker and The Blow Up Your Video World Tour began in February 1988, in Perth, Australia. By October 88, AC/DC were in the southern part of the US and on 23rd of the month they performed at the Freedom Hall Civic Centre in Johnson City, Tennessee, where they put on what many fans still rate as one of the best shows of the tour. Featuring cuts from the new album, rubbing shoulders with a wealth of DC classics, the band s performance was mesmerising and the entire show was recorded for live FM broadcast. Previously unreleased, this stunning concert is now available here for the first time on CD, certain to become a welcome addition to the collections of AC/DC fans worldwide.