Posted by Green on February 21, 2021
in Discography, experimental, rock 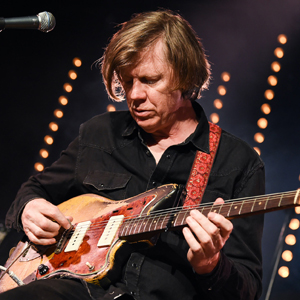 Thurston Joseph Moore (born July 25, 1958) is an American musician best known as a member of Sonic Youth. He has also participated in many solo and group collaborations outside Sonic Youth, as well as running the Ecstatic Peace! record label. Moore was ranked 34th in Rolling Stone’s 2004 edition of the “100 Greatest Guitarists of All Time.” In May 2012, Spin published a staff-selected list of the top 100 rock guitarists, and ranked Moore and his Sonic Youth bandmate Lee Ranaldo together at number 1.