Posted by Green on January 26, 2021
in blues, Discography, garage, roots rock
as 68 Comeback 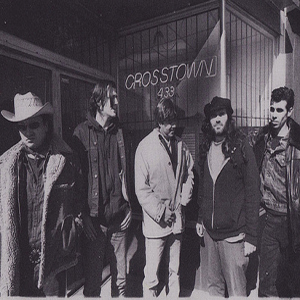 ’68 Comeback is an American garage rock band formed in Memphis, Tennessee in 1992 by singer, songwriter, and musicologist, Jeffrey Evans. For the purposes of the band, Jeffrey Evans is frequently billed as either “Monsieur Evans” or “Monsieur Jeffrey Evans.” The group contains a revolving cast of musicians, the only constant member being Evans himself.