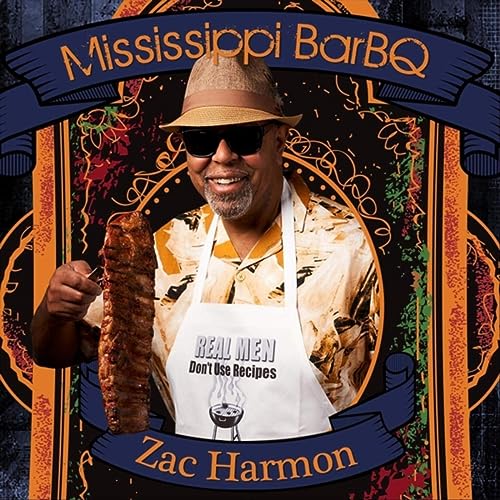 Mississippi BarBQ is singer/guitarist/songwriter Zac Harmon’s debut album on Catfood Records. Produced by Jim Gaines who has Grammys for Stevie Ray Vaughan, Santana and Journey. Zac is backed by the eight piece studio group, the Rays, as well as four tracks with his stellar touring band. This is his most progressive effort to date. Raised in Jackson, Mississippi, Zac performed with blues artists like Z.Z. Hill, Sam Myers and Dorothy Moore as a teenager before moving to L.A. for a career as a studio musician, writer and producer. Now based in Dallas, he has been a solo artist for several years touring internationally to Europe, Africa, Iraq and has even performed at the Great Pyramids. He was named one of the ten artist who represent the future of the blues by Blues Revue. Not your typical blues album, it is an eclectic mix of soul, funk and electric guitar driven blues with well-written songs by Zac and writers who have written for Johnny Rawls, Otis Clay and Shemekia Copeland.