Posted by Green on January 13, 2021
in progressive rock
as Yes 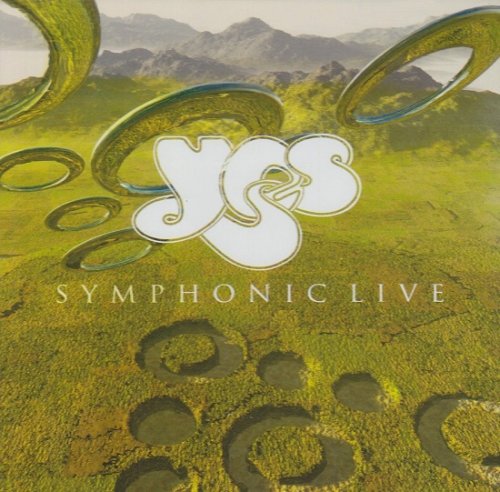 Yes never needed a symphony to prove their sonic prowess. Even without keyboardist Rick Wakeman (replaced here by the skillful Tom Brislin), the veteran members (vocalist Jon Anderson, bassist Chris Squire, drummer Alan White, and guitarist Steve Howe) are masters of their prog-rock domain. And yet the addition of the young, photogenic European Festival Orchestra (for this Amsterdam performance in November 2001) offers a glorious expansion of the Yes sound, enhanced and fully integrated to create the Yes equivalent of Phil Spector’s famous wall of sound. Three songs are included from 2001’s Magnification, but it’s the classics–including a spectacular, epic rendition of Relayer’s “Gates of Delirium”–that make this the best of several Yes DVDs on the market. A behind-the-scenes documentary is perfunctory, and the video of “Don’t Go” (from Magnification) seems redundant, but the option to view alternate visuals is welcome, and the excellent DTS mix is best enjoyed loud. –Jeff Shannon