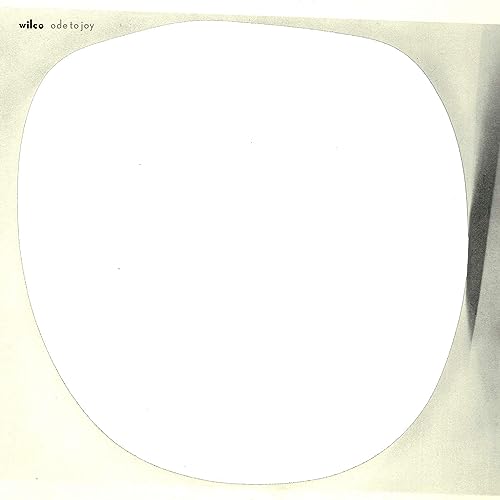 Ode to Joy – the 11th studio album from the pioneering Chicago rock band Wilco . The album features 11 new songs written and produced by Jeff Tweedy and recorded by Wilco at the bands’ own Chicago studio dubbed The Loft.

These 11 cuts bristle and stretch with the confounding boldness of Wilco’s finest works. Only this time, the crackling angst and overdriven electricity of A Ghost is Born (2004) and the electronic interference and majestic gloom of 2002’s Yankee Hotel Foxtrot are rendered into an intimate, hushed canvas that somehow – despite the overriding aversion to excess amplification and grand gestures – wounds up pulsating with quietly epic, wounded majesty.

That Ode to Joy packs the strongest set of tunes Tweedy has penned for Wilco since the early noughties certainly helps. The wonderfully world-hugging first single “Love is Everywhere (Beware)”, for example, harks back to the heartfelt directness and rich melodicism of 1996’s wide-screen Americana landmark Being There. “White Wooden Cross” couples a sparkling, folky melody – reminiscent of Tweedy’s excellent, earthy solo album WARM – to stark ruminations about mortality and the unstoppable, slate-cleaning passage of time, creating a compelling contrast between the song and its surroundings.

What keeps you coming back to these tunes is the strikingly recalibrated sound the band envelope them in. Tweedy’s spoken of the band’s intent to create a monolithic, tense folk record. It’s an apt description. There’s little outright rocking-out here: when guitarist Nels Cline lashes out a curdled slice of rusted-out twang after Tweedy sighs ”I remember when the wars would end/now when something dies we try to kill it again” on “Before Us”, a drizzly yet propulsive dirge that somehow resolves itself in a pretty chorus that resembles a bright sunbeam pushing through dense storm clouds, it sounds like a wall of Marshalls going off at a heavy metal show.

Tweedy’s vocals are often a spectral presence, not so much singing as transmitting the tunes from some otherworldly, ghostly realm. “One and a Half Stars” finds him reciting the troubled lyrics in a mechanically detached way that resembles a robot tasked with taking on the role of wounded balladeer, a striking effect that somehow doesn’t detach from the gorgeous melody the song is graced with. Despite all the restraint, Ode to Joy is far from a minimalist undertaking. There’s a lot going on, only you can’t hear most of it much of the time thanks to adventurous mixing that – in the spirit of vintage dub – zooms in and out of instruments. Unusually for a rock act, guitars play a distant second fiddle to drums and percussion, with drummer Glenn Kotche’s mechanical and deconstructed patterns catapulting the likes of opener “Bright Leaves” – a brooding ballad of everyday anxiety set to a seesawing martial beat – to unsettled, startlingly odd territories far removed from the straight-ahead acoustic singer-songwriter strumming most of these songs are rooted in.