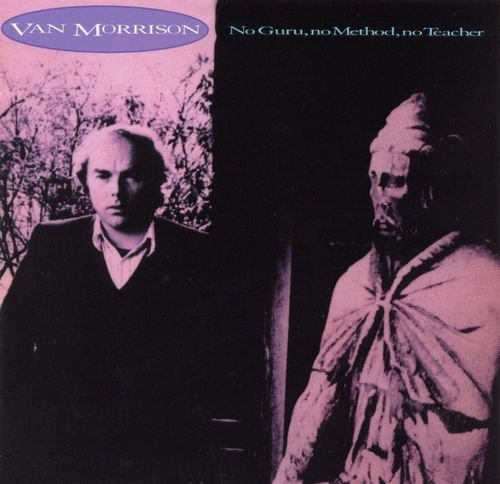 No Guru, No Method, No Teacher was Van Morrison’s second studio album for Mercury, following A Sense of Wonder and Live at the Grand Opera House Belfast. Recorded at the height of his spiritual period, it is among the most empathic records in his career. Morrison’s seeking of and obsession with “reclaiming the previous” is everywhere, beginning with the set’s opener, “Got to Go Back.” With a striking wide-open acoustic piano, accompanied by an oboe solo (by Kate St. John) twinned by Richie Buckley’s soprano saxophone and an acoustic guitar, Morrison offers, in waltz tempo, these reflections: “When I was a young boy back in Orangefield/I used to look out my classroom window and dream/And then go home and listen to Ray sing/’I Believe to My Soul’ after school/Oh that love that was within me/You know it carried me through/Well it lifted me up and it filled me/Got to go back/Got to go back/To the feeling.” The album is consumptive in its focus on spiritual innocence as it struggles with notions of God and liberation from earthly constraints. That said, the struggle is visceral; he is immersed in the latter by the sheer physicality of his music even at its most ethereal. “Oh the Warm Feeling” underscores the notion of memory and lost innocence amid lovely oboe, acoustic guitar, organ, and vibes as Morrison sings in the past tense, juxtaposing it against the present. The Celtic soul that comes elegiacally forth from “Foreign Window” is among the album’s finest tracks. Nakedly spiritual, Morrison’s poetic lyrics addressed to an Other come out of a past that is simultaneously part of his eternal present in a love song; its multivalent textural and dynamic arrangement is gorgeous. This album is an extended meditation that reflects a willingness to stay inside the cloud of the soul’s tensions as it seeks; the melodies are often mantra-like. “A Town Called Paradise,” however, is the exception. It is a classic midtempo rocker that seems to come from as far back as Astral Weeks with its woven, pulsing layers of acoustic guitars, though punctuated by female backing vocals, tenor saxophone, and an electric solo guitar. Interestingly, there is a play on words here, called “Here Comes the Knight,” which doesn’t reference the earlier version he recorded with Them, and is elliptical in terms of its lyrics. There are some longer selections here as well, in the Celtic R&B of “Tir Na Nog”; the glorious “In the Garden” (a concert staple); and the righteous frustration in “Thanks for the Information,” detailing the pitfalls of the spiritual path. Combined, these tunes make for a deeply satisfying album in the least and a major — if provocative for casual fans — Morrison work that hones a fine point on the songwriter’s search for transformation and transcendence as part and parcel of the spiritual process, while making music in real time.