Posted by Green on August 31, 2018
in funk, soul
as Various Artists 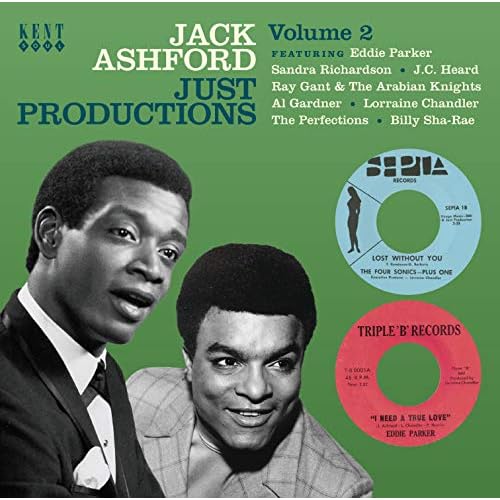 Featuring 11 previously unissued recordings, this second and final volume of Jack Ashford’s independent soul productions from 1967 to the mid-70s is an equal to the first well-received compilation. It opens with the now revered original version of Softouch’s After You Give Your All by the writer Sandra Richardson. Only previously issued on 2016’s 100 Club anniversary single, this is its first digital appearance. Kent also used an Ashford-produced track for last year’s 100 Club 45; an edit of the Magnificents I Can Fly (the original incarnation of what Jack would sing as I’ll Fly To Your Open Arms on his Hotel Sheet album) presented here is the full version. Thanks to DJ Roger Banks’ acetate and to Maxine Brown, Kent have the original Lorraine Chandler version of Don’t Leave Me Baby, the song she wrote with Jack Ashford which both Maxine and Ray Gant would cover, the latter a notable Dave Godin Deep Soul Treasure. There are beautiful, newly discovered ballads from Billy Sha-Rae and Cecil Norman Jr but one sure to create a minor earthquake among Deep Soul fans is Eddie Parker’s 1976 updating of Crying Clown. Parker’s overlooked Jay Walking single Can’t You See (What You’re Doing To Me) sounds great, while label-mates Ray Gant & the Arabian Knights bring on the social comment with Air & Don’t Save Your Money both excellent Ashford songs from the 70s. Talented arranger and writer George Rountree contributed to several Ashford and/or Chandler songs in the first half of the 70s. Their Don Gardener and Baby Washington 45 Lay A Little Lovin’ On Me was issued, but Brenda Cook’s pretty Alone Again debuts here. Back in the 60s, with Pied Piper gone, Jack placed a sultry instrumental workout on the Sir-Rah label which also provided a home for Al Gardner’s Watch Yourself. The Four Sonics bittersweet and catchy Easier Said Than Done was from this late 60s period. Group harmony tracks are provided by the Perfections and Four Sonics Plus One, while Billy Sha-Rae’s I’m Gone is the great soul stomper of the set.