Posted by Green on September 24, 2021
in alternative rock
as Various Artists 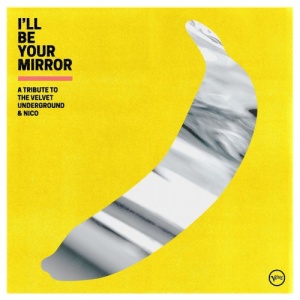 I’ll Be Your Mirror: A Tribute to the Velvet Underground & Nico, is a contemporary tribute to the Velvets debut, with each of the album’s songs performed by one of the band’s noteworthy artistic descendants. Featured artists include Kurt Vile & The Violators, Sharon Van Etten, Iggy Pop & Matt Sweeney, Michael Stipe, Matt Berninger of The National, Courtney Barnett, King Princess, Fontaines D.C. and more.

• The Velvet Underground is regarded as one of the most influential bands in rock history.
• Their first 4 albums were included in Rolling Stone’s list of The 500 Greatest Albums of All Time.
• Ranked 19th greatest artist by the same magazine and the 24th greatest artist in a poll by VH1.
• Inducted into the Rock and Roll Hall of Fame in 1996.
• Critic Robert Christgau considers them “the number three band of the ’60s, after the Beatles and James Brown and His Famous Flames”.
• AllMusic wrote that “Few rock groups can claim to have broken so much new territory, and maintain such consistent brilliance on record, as the Velvet Underground during their brief lifespan […] the Velvets’ innovations – which blended the energy of rock with the sonic adventurism of the avant-garde, and introduced a new degree of social realism and sexual kinkiness into rock lyrics – were too abrasive for the mainstream to handle.”