Posted by Green on October 21, 2019
in americana, rock
as Trigger Hippy 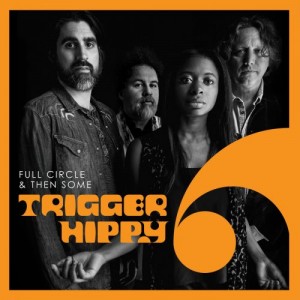 “‘Full Circle & Then Some’ was one of the the first tunes we had for the album. Nick [Govrik, bassist/vocalist] brought it in, and we all thought of it as a great rock ‘n’ roll tune about a relationship that’s been around the bend but managed to survive. But as the album came into shape and focus, the song took on a meaning about Trigger Hippy as well. Nick and I have been chasing this idea for over a decade, through and awful lot of starts and stops. The completed album felt like a new beginning to a long standing vision, and the song seemed to perfectly encapsulate all of that. I’m generally opposed to naming an album after a particular track, but in this case, it made perfect sense. But far more important that any of that, the song just rocks and rolls and makes me feel good.” — Steve Gorman