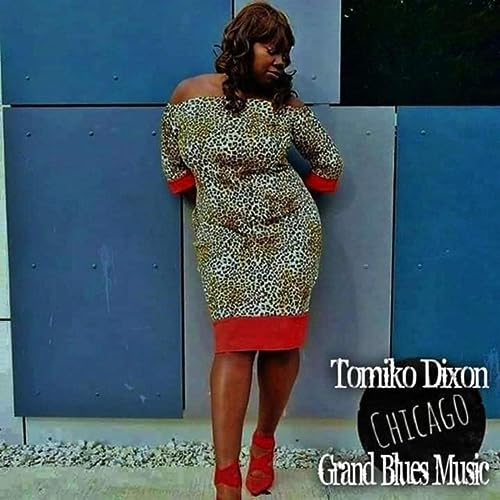 Tomiko Dixon demonstrates that her grandfather’s musical legacy is in safe hands. This powerhouse of a blues woman makes the blues her own. She delivered an explosive arrangement that set the stage alight. Make no doubt about it Tomiko has inherited her grandfather’s genes & well deserves the title of The GrandDaughter of the Blues. The Music World has opened its arms to embrace this lovely young lady, adopting her to carry on the legacy of her late grandfather Willie Dixon. Tomiko’s career began in 2009 when she began working with producers & bands. In 2010 she successfully launched herself as an artist and founded her own Publishing Company ‘Grand Blues Music’ & The Grand Blues Music Heritage Foundation (Awards). Following her auspicious start, Tomiko has worked tirelessly to support others in the music world. Serving as the 2015 Honorary Grand Marshal in The Chicago Defender’s 86th Annual Bud Billiken Parade & pronounced the winner of the CMA’s (Chicago Music Awards 2017 • BEST BLUES ENTERTAINER AWARD) Being the youngest Blues Artist inducted into The Blues Hall of Fame (sponsored by Buddy Guys Legends Chicago. Tomiko is a familiar figure on the Chicago scene.