Posted by Green on January 20, 2020
in americana
as Tom Russell 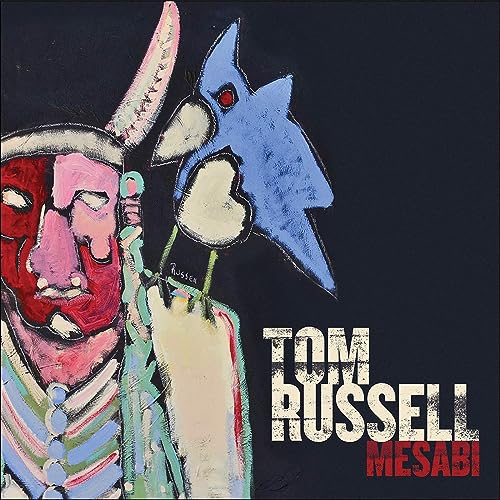 A thread runs through its songs, a zigzagging but determinedly solid line that connects the perilous bordertown of Juarez, Mexico to the real and faux glitz of L.A. and the bleak iron range of Minnesotathe Mesabi of the album’s title. The broad landscapes created by Tom Russell for Mesabi are inhabited by characters we all knowBob Dylan, James Dean and Elizabeth Taylorand some we may not: the now-obscure, once well-known singer Cliff “Ukulele Ike” Edwards, the tragic Disney child star Jimmy Driscoll and the character actor Sterling Hayden. It’s a logical progression from Russell’s last album, 2009’s Blood and Candle Smoke, yet it’s like no other album Russell has made in his nearly four decades as a recording artist. Co-produced by Russell and keyboardist Barry Walsh, and recorded in several different studios in Tucson, Texas, Nashville and Los Angeles, Mesabi is the 26th album from an artist whose songs have been recorded by such icons as Johnny Cash, Dave Van Ronk, Jerry Jeff Walker, Doug Sahm and Ramblin’ Jack Elliott, among others. No less than Lawrence Ferlinghetti, the legendary poet, has said that he shares “a great affinity with Tom Russell’s songs, for he is writing out of the wounded heart of America.”