Posted by Green on October 2, 2019
in americana
as The Wolff Sisters 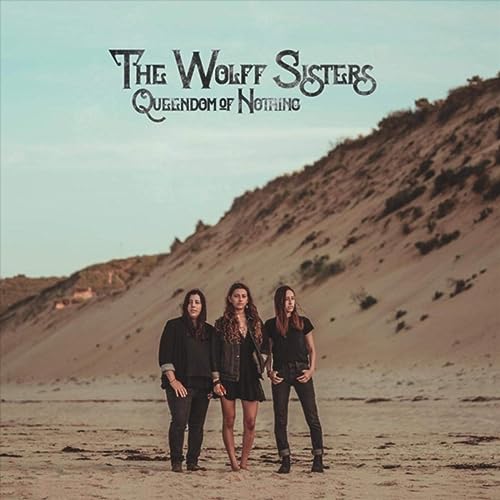 The Wolff Sisters’ third full-length album will be released across all streaming platforms on October 1st. Queendom of Nothing picks up right where they left off with their sophomore album, Cahoon Hollow, serving up the right amount of grit, moodiness, and wild rock n’ roll to reflect on the summer’s slow burnout and what comes next. Both albums were recorded at Dirt Floor Studio in Chester, CT, and produced by Eric Michael Lichter. Ahead of its release, the album has already received nods from major publications, including a spot on The Globe’s top 15 albums for Fall.

Queendom of Nothing is just the winding sonic journey you need to carry you through the shifting seasons. The 8-song collection of original work is preceded by its two singles released this summer, with “Drive” in particular making a buzz among Americana circles all over. The Wolff Sisters is fronted by Rebecca on acoustic guitar, Kat on the keys, and Rachael on electric guitar.

They are, yes, real sisters and all trade off singing lead vocals and harmonies. Raised on Bob Dylan, The Band, and Little Feat, the sisters crafted their sound around a honky tonk piano in the living room of their childhood home. With Will Rodriguez on drums, The Wolff Sisters are a rag tag group of hardworking individuals that bring a big sound and timeless songs.

The Wolff Sisters have worked tirelessly to hone their sound and build up the New England Music scene. Their music is honest and genre defying, but still rooted in traditional rock and Americana storytelling. The band’s electrifying live performance and unique sound has received recognition through publications like The Boston Globe, The Deli Magazine, Red Line Roots, Americana UK, and more. The band has also received a BMA nomination for Folk Artist of the Year 2018 and NEMA nomination for Album of The Year 2018 with Cahoon Hollow.