Posted by Green on April 6, 2021
in alternative rock, Discography, post-punk
as The Television 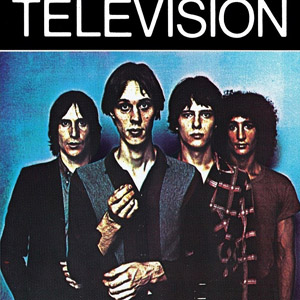 Television are an American rock band from New York City, most notably active in the 1970s. The group was founded by Tom Verlaine, Richard Lloyd, Billy Ficca, and Richard Hell. An early fixture of CBGB and the 1970s New York rock scene, the band is considered influential in the development of punk and alternative music.

Although they recorded in a stripped-down, guitar-based manner similar to their punk contemporaries, Television’s music was by comparison clean, improvisational, and technically proficient, drawing influence from avant-garde jazz and 1960s rock.The group’s debut album, Marquee Moon, is often considered one of the defining releases of the post-punk era.