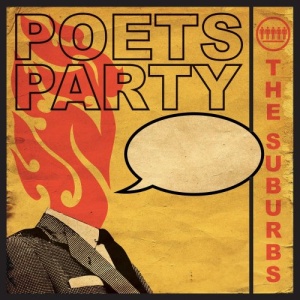 Though proudly carrying the torch of the Mpls 80’s sound of which they were progenitors, the band, featuring some of the finest players in Minneapolis’ music scene, sounds vital: grooving, rocking, funny, funky, and unique as always. The new album is brimming with hooks, under its classic New Wave architecture lies the patented Hugo beat, and Chan, his idiosyncratic lyrical perspective intact, is singing cooler than ever with Roxy Music lushness, energized with art-rock guitar soundscapes and punchy horns. Add the sparkle of Janey Winterbauer’s backing vocal tracks, and the new songs soar. “POETS PARTY” contains 12 delightful new additions to their 40 year old canon, bringing them fully, and with consummate style, into the 21st Century.