Posted by Green on September 16, 2021
in rock
as The Rolling Stones 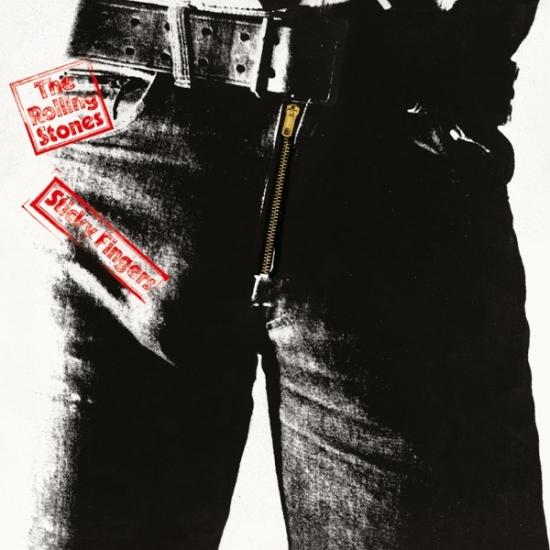 Regarded as one of The Rolling Stones’ all-time great albums, ‘Sticky Fingers’ captured the bands trademark combination of swagger and tenderness in a superb collection. The classic album features timeless songs such as ‘Brown Sugar,’ ‘Wild Horses,’ ‘Bitch,’ ‘Sister Morphine’ and ‘Dead Flowers’ and showcases the inventive song writing of Mick Jagger and Keith Richards and formidable guitar licks from Mick Taylor. All Deluxe and Super Deluxe formats will feature a generous selection of previously unavailable material. These include the alternative version of the chart-topping single ‘Brown Sugar’ featuring Eric Clapton; unreleased interpretations of ‘Bitch,’ ‘Can’t You Hear Me Knocking’ and ‘Dead Flowers’; an acoustic take on the anthemic ‘Wild Horses’, and five tracks recorded live at The Roundhouse in 1971 including ‘Honky Tonk Women’ and ‘Midnight Rambler.’

“Pieced together from outtakes and much-labored-over songs, Sticky Fingers manages to have a loose, ramshackle ambience that belies both its origins and the dark undercurrents of the songs. It’s a weary, drug-laden album — well over half the songs explicitly mention drug use, while the others merely allude to it — that never fades away, but it barely keeps afloat. Apart from the classic opener, “Brown Sugar” (a gleeful tune about slavery, interracial sex, and lost virginity, not necessarily in that order), the long workout “Can’t You Hear Me Knocking” and the mean-spirited “Bitch,” Sticky Fingers is a slow, bluesy affair, with a few country touches thrown in for good measure. The laid-back tone of the album gives ample room for new lead guitarist Mick Taylor to stretch out, particularly on the extended coda of “Can’t You Hear Me Knocking.” But the key to the album isn’t the instrumental interplay — although that is terrific — it’s the utter weariness of the songs. “Wild Horses” is their first non-ironic stab at a country song, and it is a beautiful, heart-tugging masterpiece. Similarly, “I Got the Blues” is a ravished, late-night classic that ranks among their very best blues. “Sister Morphine” is a horrifying overdose tale, and “Moonlight Mile,” with Paul Buckmaster’s grandiose strings, is a perfect closure: sad, yearning, drug-addled, and beautiful. With its offhand mixture of decadence, roots music, and outright malevolence, Sticky Fingers set the tone for the rest of the decade for the Stones.” (Stephen Thomas Erlewine, AMG)