Posted by Green on December 2, 2019
in boogie, funk, soul
as The Pendletons 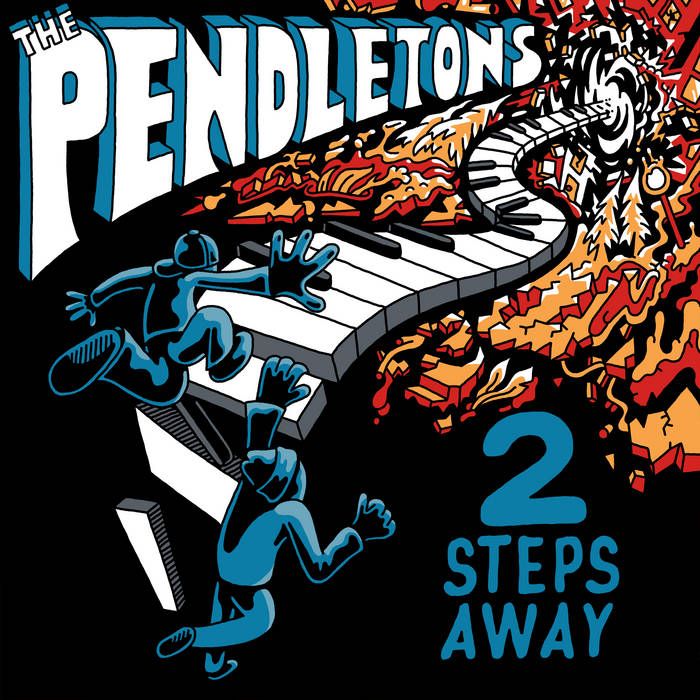 The Pendletons take a bold step with their first full length album, 2 Steps Away, releasing this spring on the Bastard Jazz imprint.

Recorded in San Francisco with a rock-solid band consisting of some of the best musicians in the Bay Area, including guitarist Carl Locket (Shalamar, Rick James) and Star Creature recording artist Elive, the duo taps into a classic soul/boogie sound that rides a wave of ‘70s and early ‘80s funk with ease but somehow remains true to the excitement of those classic recordings without being overly nostalgic. The music shines, as does the songwriting, which is honest, undiluted and spiritually inspired. Disco horns, heavy percussion and slap bass punctuate dance floor burners, which give way to sweet soul steppers, making for a blissful balance on the 9 song album.

The Pendletons is a long-standing boogie-funk and modern soul project of E da Boss (one half of Myron & E) and Trailer Limon. The group emerged with their very first release in 2010, a 7″ inch of “Coming Down/Waiting On You” on the Slept On record label, which set the tone for the group to emerge… It instantly became a cult classic receiving constant play at nights like Sweater Funk and Funkmosphere, and fetching for serious sums among collectors.

In 2013, they followed up with another 7″ featuring K-Maxx, Jacqueline Mari and Songbird Remos and later a very limited flexi-disc release title “Winning Ova You”. In 2016, they released the EP “Gotta Get Out”. The title track caught the ear of renowned global tastemaker Gilles Peterson, who liked it enough to release it on his Brownswood Bubblers’ compilation. In 2018 the group released the Funk Forever EP on the Bastard Jazz label to critical acclaim.

Now armed with a live band with a full horn section, a vast array of accomplished jazz and funk contributors, and a knack for quality song-writing, the Pendletons’ sound has shaped into something fresh and unique. The duo release their debut full length album, 2 Steps Away, on Bastard Jazz this spring.