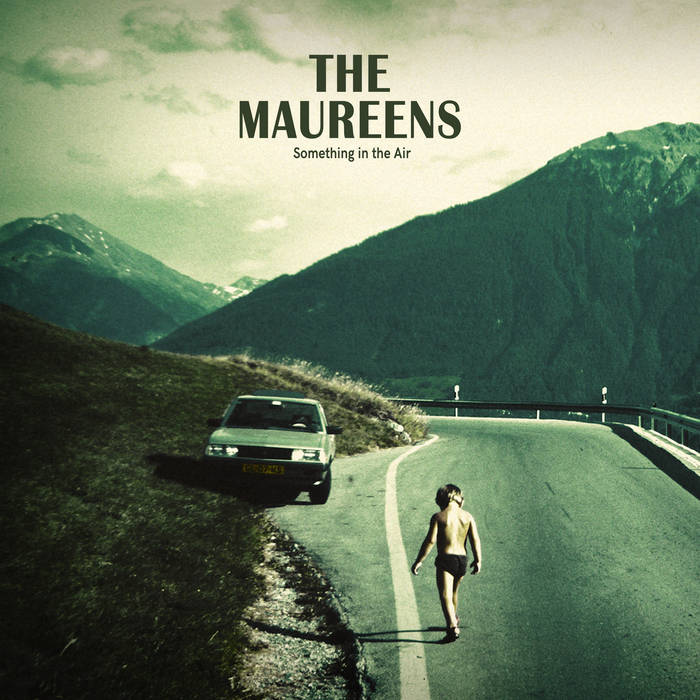 The Maureens’ third album, ‘Something in the Air,’ sharpens this four-piece from Utrecht, the Netherlands’ obsession with jangle-pop to a fine sepia-toned point. Guitars ring, vocals tightly meld, choruses stick to the ears like aural confections. The vocal harmonies of guitarist Hendrik-Jan de Wolff and bassist Wouter Zijlstra evoke both the seamless sibling connection of the Everly Brothers as well as the more playful stylings of the Turtles’ Howard Kaylan-Mark Volman variety.

With their previous two releases, the self-titled debut and their follow-up, ‘Bang the Drum,’ the Maureens established their sunny-pop sound, while with ‘Something in the Air,’ the songs seem even more focused – most clock in at under the three-minute mark – making room for 14 songs in a standard 40-minute runtime. The songs say what they need to say, then they’re done.

Comparisons have been made to Teenage Fanclub and Nada Surf, but ‘Something in the Air,’ shows no connection to those or any ’90s era grunge or post-grunge pop, save for a stray feedback-heavy guitar on a couple of songs (‘Trying to Reach You’ and the Byrds-like ‘Turn the Page’). The sound is more on the folk side of the pop-era of the mid-’60s; the Byrds, the Turtles, the Lovin’ Spoonful, as well as the mellow tones of prime Simon & Garfunkel and possibly Crosby, Stills, & Nash (‘Photograph’). The most recent allusion musically is a nod to ‘Reckoning’-era R.E.M. on the folk-rock jangle of ’20 Years for the Company.’

Amazingly however, with all these comparisons to an era over 50 years gone, ‘Something in the Air’ doesn’t wallow in – or feel caged in by – nostalgia. It actually sounds fresh, vibrant, and thoroughly enjoyable while it plays. A solid effort.