Posted by Green on October 15, 2019
in southerrn rock
as The Magpie Salute 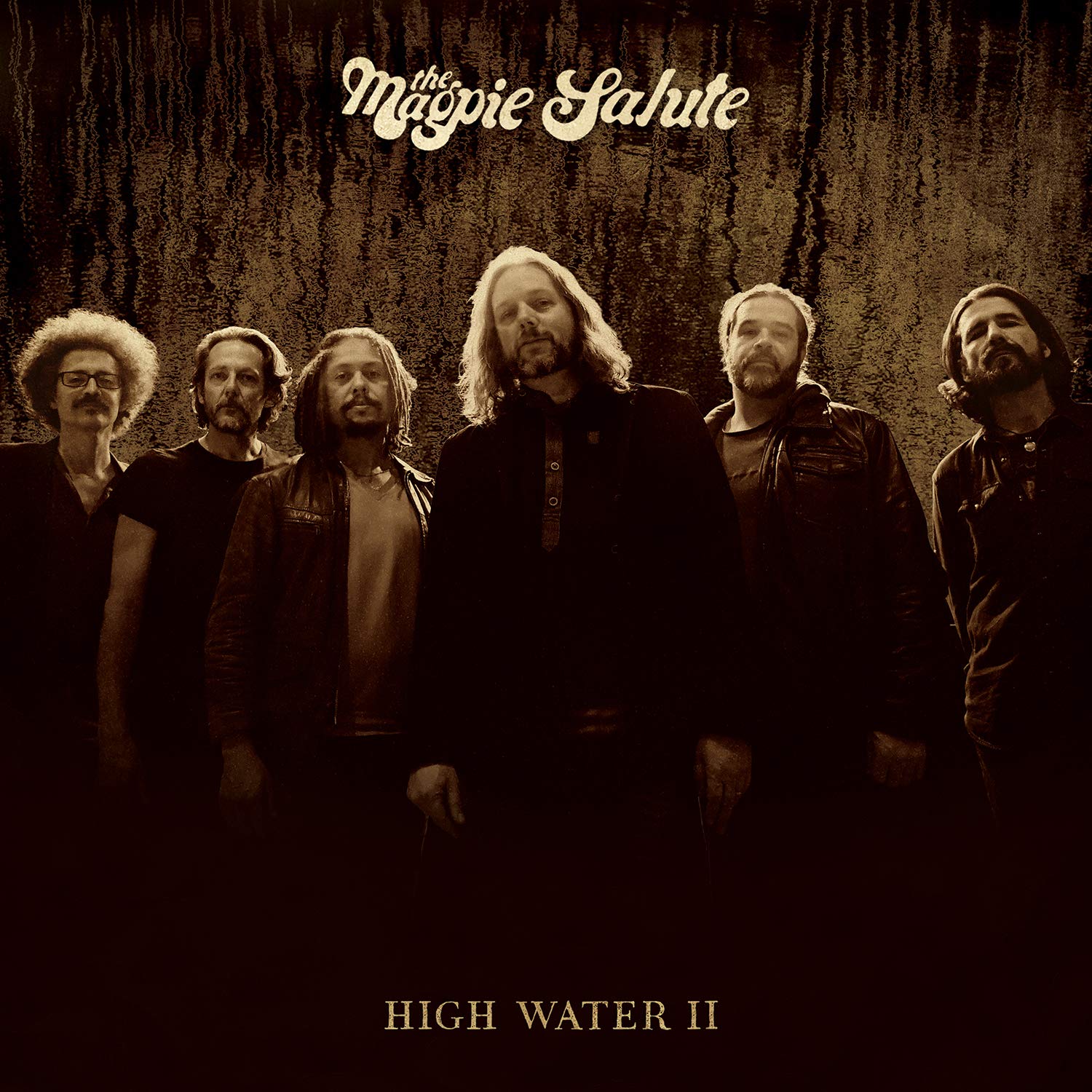 When ‘High Water I’ was released in August 2018 it was the sound of old friends coming together in a union of rock ‘n’ roll, psychedelic blues, rasping Americana and late-night storytelling. The band was pulled together by guitarist Rich Robinson, it continued a storyline he began in The Black Crowes with guitarist Marc Ford and bassist Sven Pipien. Meanwhile, vocalist John Hogg shared Hookah Brown with Robinson as keyboardist Matt Slocum and drummer Joe Magistro both joined him for solo records and tours over the years. Their first official live outing was in January 2017 at the Gramercy Theatre, New York City.

The album reached the Top 40 Billboard Charts and was met with widespread acclaim from Rolling Stone, Relix, Guitar World, Planet Rock, MOJO Magaine, The Independent, The Daily Express and Classic Rock Magazine named it #7 in their albums of the year. Tours across the US and Europe followed including shows with Gov’t Mule, The Avett Brothers and Blackberry Smoke with the band also taking their first trip to Japan in January this year.

‘High Water II’ picks up where the band’s studio debut left off, much of the album was written during those early recordings at Dark Horse Studios in Nashville which is why the album feels like a perfect continuation of its predecessor. Talking about the flow between the two albums Robinson explains; “Both records are part of a collective journey. I chose the sequence specifically for each record. I wanted ‘High Water l’ to introduce us to the world and the world to us. With ‘High Water ll,’ I wanted to get a little deeper. To take people places they may not have expected to go.”