Posted by Green on November 8, 2018
in country
as The Gibson Brothers 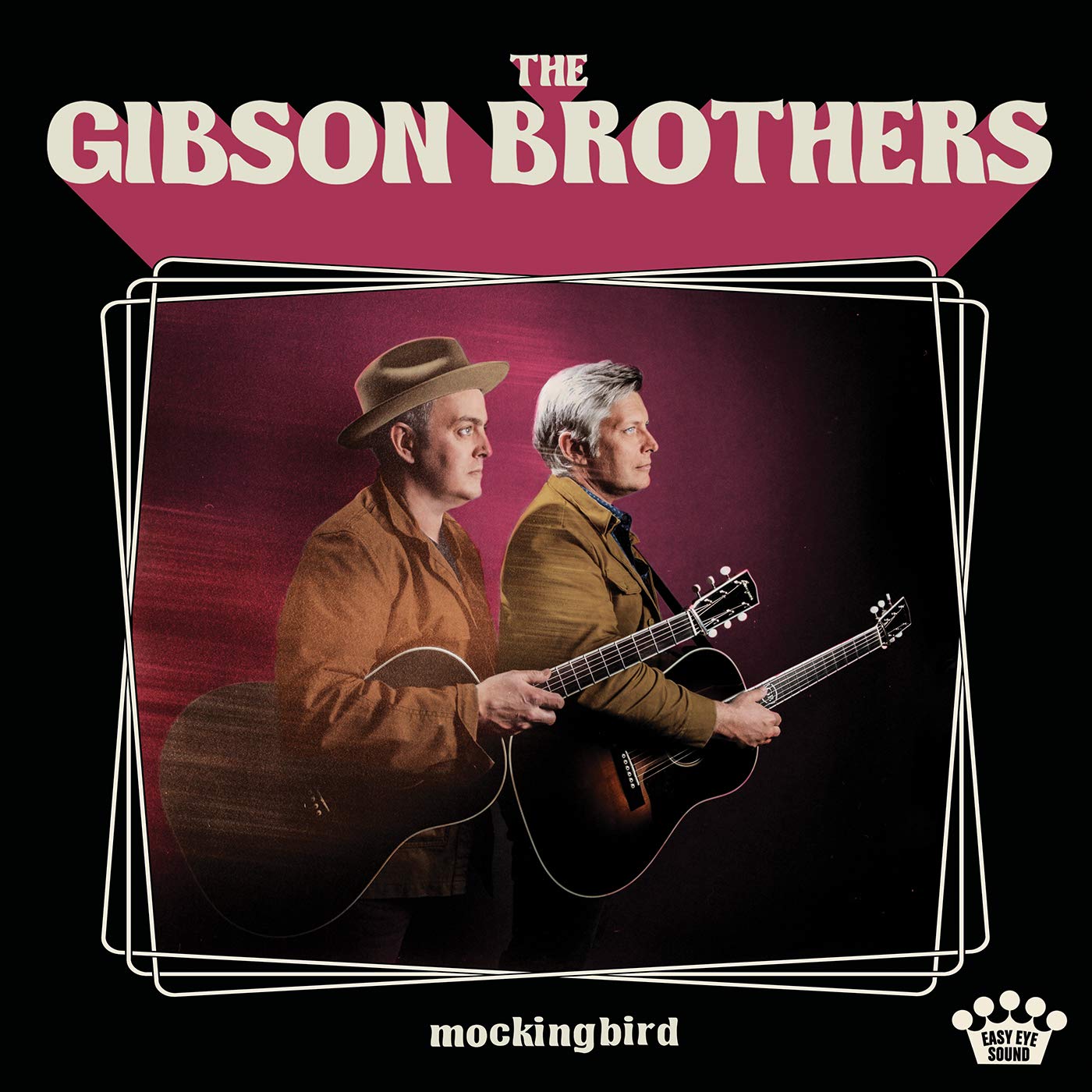 Bluegrass royalty Leigh and Eric Gibson announce the release of their 14th album, Mockingbird, produced by Grammy Award winners Dan Auerbach and Fergie Ferguson. The album is not just a return to form for the Gibson Brothers, but also a rebirth, and finds the brothers performing bluegrass, as well as a mix of country, soul and seventies rock. The album cements the sibling duo as players, songwriters and vocalists at the peak of their power, harmonizing as only siblings can, and Mockingbird’s 11 tracks draw on much of the brothers’ experiences being raised on the family farm in Northern New York. “The songs on this album are the sounds we heard growing up, riding around with our dad, who was a farmer, in his pickup, or with our mom in her station wagon,” says Leigh. “This sound was on the radio.” He cites the Eagles, Bob Seger, Tom Petty, and the warm country sounds of Don Williams, Emmylou Harris and Waylon Jennings as influences for the album. Mockingbird is available for pre-order on all formats here.

This morning, the band debuted “Lay Your Body Down,” the first single off Mockingbird, via Rolling Stone Country who say the track “finds the sweet spot between Laurel Canyon folk-rock and early Seventies Rolling Stones with big, layered vocal harmonies and crunchy blues flourishes.” Listen to it here. Additionally, SiriusXM’s ­­Outlaw Country (channel 60) played the song in Mojo Nixon’s broadcast earlier this week.

As Northerners growing up in a Southern business, The Gibson Brothers had to work twice as hard as the bands from the South to pay their dues, and were the first group from that far north to earn the coveted title of IBMA Entertainers of the Year, which they secured two years in a row. This outsider perspective is something innately familiar to the Brothers, and an asset, though this was not always the case. The pair played the Nashville game two decades ago, while in their early 20s, and were offered a major label deal, only to be told at the last minute that they were too “retro” for modern country music. Today, such characterizations, along with their authenticity, set them apart and their talent as writers and vocalists allows them to float seamlessly between genres. It’s for this reason that they chose to work with a rock producer, Auerbach, and a band of legendary session players like drummer Gene Chrisman and guitarist Billy Sanford for Mockingbird. “I was raised on bluegrass music, and The Gibson Brothers are one of this generation’s greatest in that style,” said Auerbach. “I’ve been a fan of theirs for a long time, and when Fergie brought up the idea of doing a non-traditional type of album with them, I jumped at the chance.”

Songs like “Cool Drink of Water” and “Love the Land” exemplify that late-Sixties and early-Seventies vibe. The former sounds like something Elvis, at the height of his ’68 Comeback cool, would perform, and provides the album with its title, as Leigh sings about the “song so sweet” of the mockingbird. “Come Down,” evokes the 70’s sound of radio rock kings America and “Lay Your Body Down” concours a passionate Exile on Main Street style R&B.

Mockingbird’s most left-field track, however, is a cover of R.E.M.’s 1993 song “Everybody Hurts.” Suggested by Ferguson, the ballad became the ideal duet for Leigh and Eric, with the brothers making the song their own via their yearning delivery and the house band’s lush arrangement. “I think it’s a beautiful song, but I couldn’t picture us doing it,” says Eric. “It surprised me with how it turned out. It was too good to not put on the record.” The members of R.E.M. agree. “It’s incredible! They did a great job,” says vocalist Michael Stipe. Bill Berry, R.E.M.’s former drummer, and one of the original writers of the song, chimes in, saying, “It’s the best cover of it I’ve heard.”

Most of all, Mockingbird dispels the notion that the Gibson’s are solely a bluegrass act. “I don’t want to downplay what we accomplished in bluegrass,” says Eric, but I didn’t know our voices would suit this variety of music so well.” His brother agrees. “If you thought you knew the Gibson Brothers and had them figured out,” Leigh says, “well, maybe you didn’t.”