Posted by Green on April 16, 2019
in alternative rock, psychedelic
as The Flaming Lips 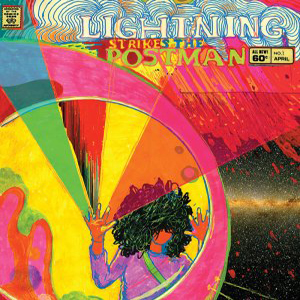 This Record Store Day release is an alternate mix of the Clouds Taste Metallic album featuring ex-Flaming Lips guitarist, Ronald Jones.
The same extraordinary madness that infected the best work of Brian Wilson rears its head on the shimmering and melodic Clouds Taste Metallic, a masterful collection which completes the Flaming Lips’ odyssey into the pop stratosphere.
The Pet Sounds comparisons are obvious — two of the highlights are titled “This Here Giraffe” and “Christmas at the Zoo” — yet not unfair; like Brian Wilson, Wayne Coyne has refined his unique vision into something both highly personal and powerfully universal. Similarly, while Coyne’s lyrics remain as acid-damaged and inscrutable as ever, his densely constructed songs convey emotional complexities far beyond the scope of their head-case titles (“Psychiatric Explorations of the Fetus with Needles,” “Guy Who Got a Headache and Accidentally Saves the World”); galvanized by equal parts newfound maturity and childlike wonderment, Clouds Taste Metallic is both the Flaming Lips’ most intricate and most irresistible work.