Posted by Green on February 3, 2020
in psychedelic, rock
as The Doors 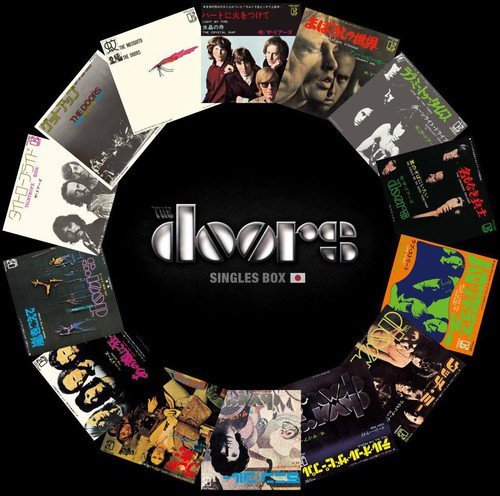 Japanese original release. Special box set release from The Doors contains 28 tracks total, including 17 ones available as CD format for the first time. EP covers faithfully replicate the ones released from Victor from 1967 to 1972. Comes with lyrics and a description. Cardboard sleeve.
12cm CD in 18cm square-sized cover (front: cover / back: lyrics). Comes with a bonus cover of “Light My Fire (Ver.2),” which was originally released in August 1967. *Some tracks feature the mixes and the versions different from the ones released so far.

The Singles Box Japan Edition is the CD reproduction of all vinyl singles released by The Doors between 1967 and 1972. As four of 18 US singles were never released in Japan, the singles box includes 14 singles. Strictly speaking, this is the first time 17 of the 28 tracks are released on the CD format and outside of Japan it is available exclusively at The Doors online store: www.thedoors.com/japan7
Since all the original singles were released by Nippon Victor (now Victor Entertainment Inc), the faithful reproduction of them has certain limitations, but we have managed to use the Elektra Blue Guitar-man labels that were used exclusively in Japan.