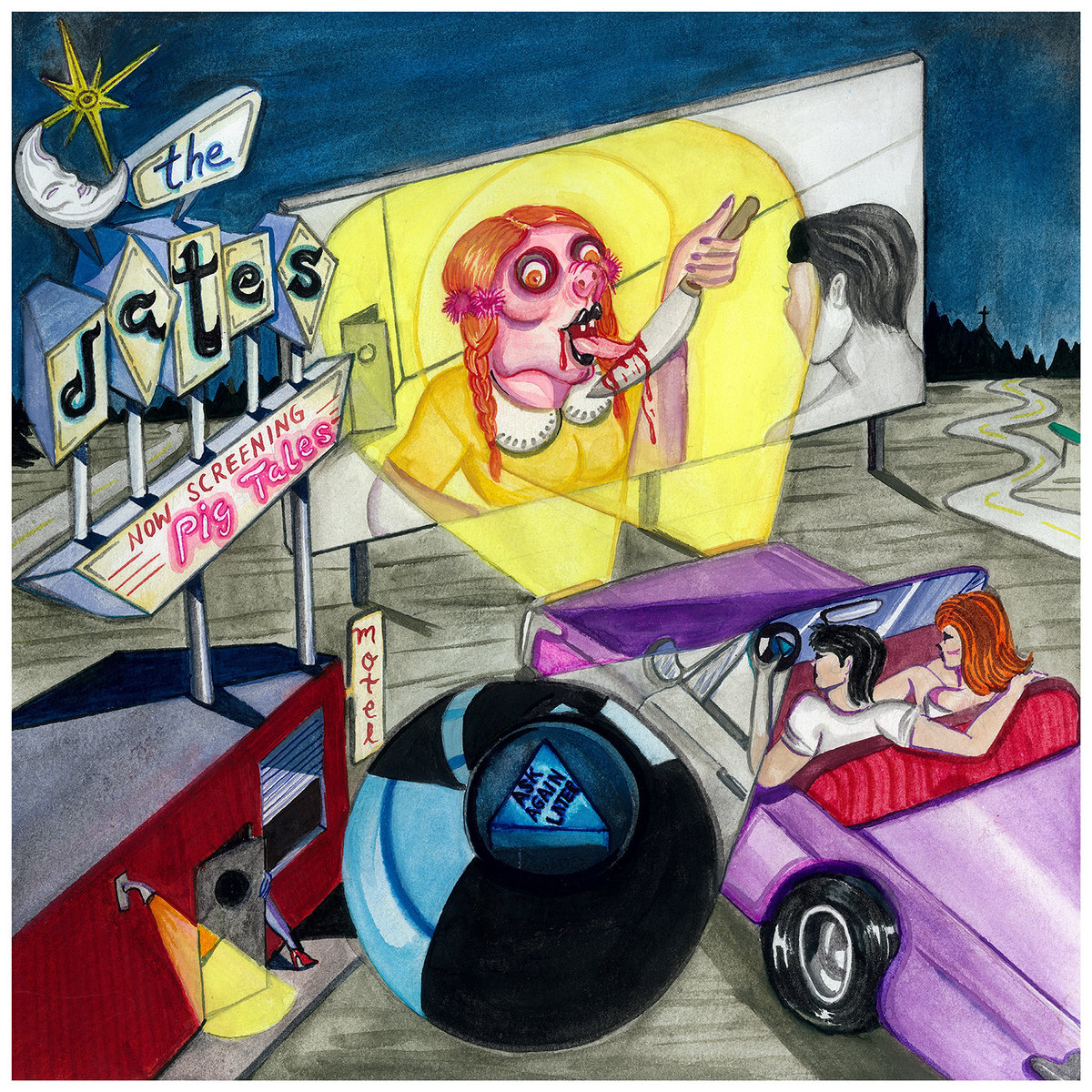 
The first time I heard Teenage Fanclub—who offer obvious inspiration to new power-pop band the Dates—I was playing an overproduced shoegaze-y album that shall remain nameless when my then-boyfriend burst into the room, yelled, “What the hell is this crap?” and put on Bandwagonesque. “Now THIS,” he declared with great fanfare, “… THIS is MUSIC.” Despite the harsh introduction, he had a point. Although the Dates’ main man Garett Goddard may be better known for punkier/garage-ier endeavors like Personal and the Pizzas and King Tuff, on solo full-length debut Ask Again Later he’s worshipping at that same power pop altar. Like Big Star, Flamin Groovies, Shoes and the Records, his aim is simple and true: he’s here to win you over with unapologetically catchy, strum-y, heart-splattered-on-sleeve-y rock goodness. Goddard’s voice is as warm, sandy and laid back as a day with a boombox on the beach, and he harmonizes about Friday nights, summertime, restlessness, heartache and that Angeleno staple anxiety. The “ooh-la-la” and “ooh, tell me” choruses practically demand listener participation, especially on standouts “Star,” “Any Other Nite” and “Nervous.” A record date with the Dates means classic 70s-style sweetness, but a lo-fi sensibility and big buzzy, woozy guitars (occasionally threatening to veer out of tune) keep the proceedings from becoming too precious. When asked about power pop, Steve Albini famously said “this music is for pussies and should be stopped.” Fortunately for those of us with a soft spot for the softer and poppier (but still powerful!) side of rock ‘n’ roll, it was tougher than it looked. — Donna Kern, LA Record