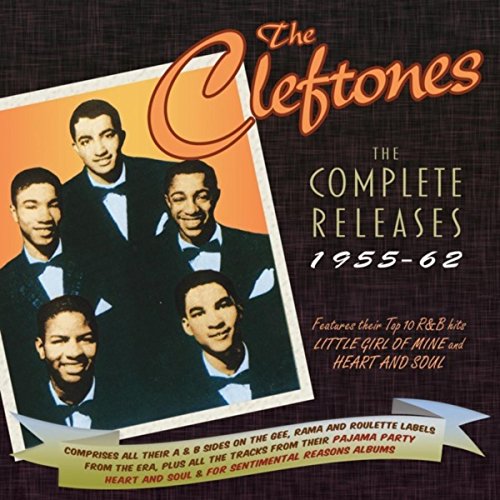 The Cleftones were one of many talented doowop groups to emerge from New York during the 50s, scoring their biggest hit with the memorable classic Little Girl Of Mine, along with other pop and R&B hits like Heart And Soul. Having got together at high school in Queens, N.Y., they signed to George Goldners Gee label and made records over the next few years which doowop aficionados rank alongside some of the best in the genre, until breaking up when overtaken by the British Invasion in 1963. This 45-track set comprises all the A and B sides, released during this period, featuring the various evolving line-ups of the group, along with all the tracks from the Pajama Party, Heart And Soul & For Sentimental Reasons albums which were not otherwise released on singles it represents almost all their career recording output. As such, its a thorough overview of their active recording career, and a comprehensive showcase for their distinctive style and talent.