The Cleaners from Venus – Dolly Birds and Spies (2020)

Posted by Green on May 12, 2020
in power-pop
as The Cleaners from Venus 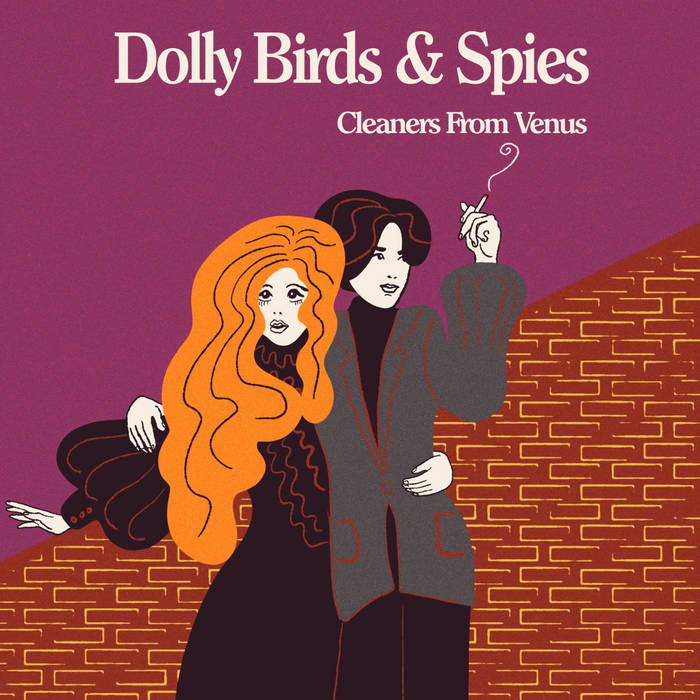 The Cleaners from Venus are four 65 year-old guys who all dress the same and look a bit like each other. They live together in a house and sing these very popular guitar-based songs, in between having lots of adventures. Every week it usually ends up with the band being chased down the street by groups of women in their late 50’s, who all have a fave member that they’d like to go out with! “One of the reasons why I like Martin Newell’s work and especially the brilliance of ‘Dolly Birds & Spies’ so much, is that he celebrates this human affliction to hyperbolize anything they are familiar with, whilst at the same time displaying the perspicacity to juxtapose such affection with a sense of realism. His fondness for all things yesteryear has always been apparent in his ramshackle approach to production and a definitive love of all things retro in the knob twiddling department. Amid such a clutter of the immensely uncluttered, Newell’s stories of ‘times gone by’ characters and themes have no choice but to thrive with his famous downplayed and distant jangled retro-pop, without becoming a total pastiche of the whole ‘happier times affliction’. With every album of his, there are moments of extra jangled intensity that are not really in harmony with the remainder of the album and as such often convey an exceptional quality, which is accentuated by merely being comparatively more vibrant. The truly beautiful ‘Trade Winds’ and ‘Ragged Winter Band’ are there to remind you that this man is a jangle-pop legend.” – Janglepophub.com “Dollybirds & Spies” was played on a bunch of old guitars and an upright piano, kitchen percussion a lovely old Yamaha DX27 with no RAM memory and other dodgy old electronica. Known for his quintessential British pop songwriting, Martin Newell makes music with out of whatever’s closest to hand. And, that there’s the charm, we’ll take new music from him any day of the week! GREAT!!