Posted by Green on November 16, 2019
in soul
as The Christians 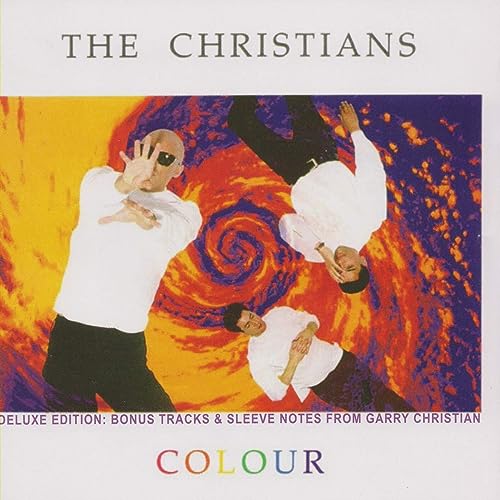 Given the obvious talent at the Christians’ disposal, it’s odd how uninspiring their music is. Gary Christian has a remarkable voice, soulful without resorting to the showy mannerisms that derail so many lesser singers. In his previous band, the Yachts, keyboardist Henry Priestman revealed himself to be one of the wittiest and most melodically subtle songwriters of the post-punk age, as well as one of its most immediately distinctive instrumentalists. The subtle melodicism is still there on 1990’s Colour, but the cleverness and distinctive personality are pretty much gone. The lyrics are uniformly po-faced and mushily inspirational, with none of the sparkling wit of the Yachts, and Laurie Latham’s ultra-slick production doesn’t even have the over-the-top sonic gimmickry of his earlier albums for Squeeze and Paul Young, making Colour musically indistinguishable from the likes of Phil Collins and Simple Minds. Worst of all, the songs are absurdly elongated, stretching three minutes’ worth of musical and lyrical content into tracks that tend to stretch into the five- to seven-minute range. Despite the title, Colour is stultifyingly monochromatic. The closing “In My Hour of Need” is a charming sendoff, though, by far the most memorable track on the album.