Posted by Green on September 25, 2020
in americana, rock
as The Band Of Heathens 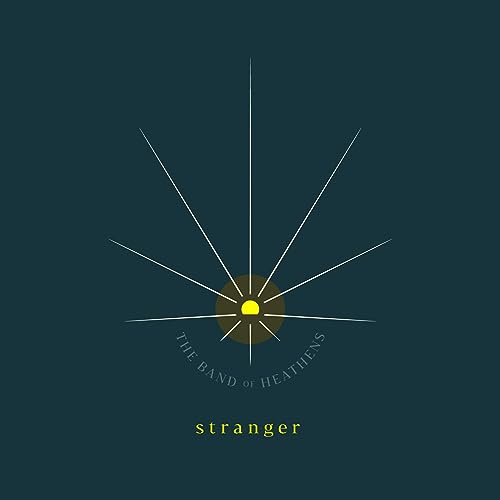 When The Band of Heathens decided to dub their sixth studio album of original material Stranger(its first since 2017’s Duende), the veteran band, formed in Austin, TX nearly 15 years ago, had no idea how prophetic that title would turn out to be. Although the name references the famed existential Albert Camus novel and Robert Heinlein’s sci-fi classic Stranger in a Strange Land, it also touches on the “strangers” who make up the band’s loyal fan base, who supported the band during this period with all touring canceled.As co-founder Ed Jurdi acknowledges, it is certainly an unusual time to release a new album. “The strangest,” he says. “Maybe no time stranger. Since we started, there have been sweeping, revolutionary changes in the music business, but, inthis global pandemic, we’re just a microcosm.”“We’re really fortunate that we have been able to turn directly to our fan base during the pandemic,” adds fellow co-founder Gordy Quist. “The last few months we’ve spent four nights a week live-streaming personal private concerts to fans, and one night a week publicly live-streaming with the whole band Zooming in from their respective homes in California, Texas, North Carolina and Tennessee. At first it seemed very strange until these walls started coming down and we realized how connected we are by the fabric of music.”