Posted by Green on November 12, 2020
in blues-rock, soul
as Tedeschi Trucks Band 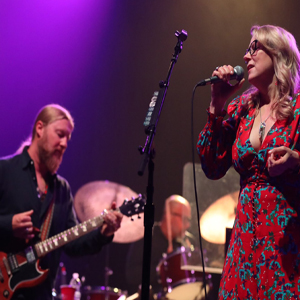 The Tedeschi Trucks Band — led by the husband-and-wife duo of guitarist and vocalist Susan Tedeschi and slide guitarist Derek Trucks — began as a summer touring unit known as Soul Stew Revival. It was both a practical consideration for the pair to spend time together with their young family, and a musical endeavor. Soul Stew Revival featured members of their own bands and numerous guest musicians, and the loose-knit cooperative band performed roof-raising shows full of soul, blues, funk, and gospel standards, as well as original material. After one of these tours, the pair decided to create a home studio to be better able to finance their own recordings.