Posted by Green on October 1, 2019 with No Comments
in americana
as David Gelman 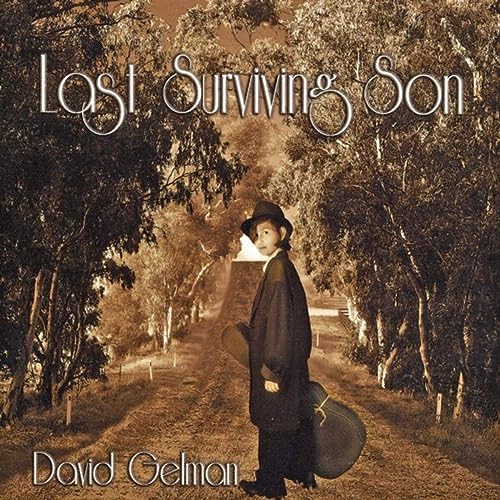 Posted by on December 4, 2012 with No Comments
in americana, singer-songwriter
as David Gelman

New Yorker David Gelman is a new but not so young singer-songwriter who is only now with his debut album “All Roads Lead Here”. He then applies twelve original songs that were composed almost all together with Colleen Babington who was responsible for the lyrics, while David Gelman himself for all the music recorded.He plays himself on acoustic guitar or piano in this country and inspired pop songs, while he was shooting for in a studio in New York, assisted by several local musicians including Ann Klein (from the band of Ani DiFranco) on electric guitar, mandolin and lap steel guitar, David Mansfield (for example by T. Bone Burnett and Bob Dylan) on violin Dino and Sammy Lakes, also including Loudon Wainwright III and Joan Osborne heard on drums.

“All Roads Lead Here” begins with a melancholic song “Take Me Home” in which the violin as the main accompanying instrument sounds, something more then just being put in the second song “Looking Back”. In the slower, acoustic ballads “Mosaic”, “I’ll Always Be Around” and “Safe Return” seems the voice of David Gelman our opinion that some of James Taylor.We love it here especially the piano ballad “Let It Rain” which David Gelman beautiful singing, the Dylan esque folk ballad “It May Take Time” with good lap steel guitar work of Ann Klein, emotional singing country song “Falling Out Of Love”. The best song we find it fun swinging on a repetitive guitar riff driving “City Streets”, which backing vocalists, and Tabitha Fair Amanda Homi their best performance (s) allowed to continue.David Gelman on this debut album brings fun, easy-listening and laid back singing songs that singer-songwriter living witness to his abilities as a songwriter and singer.