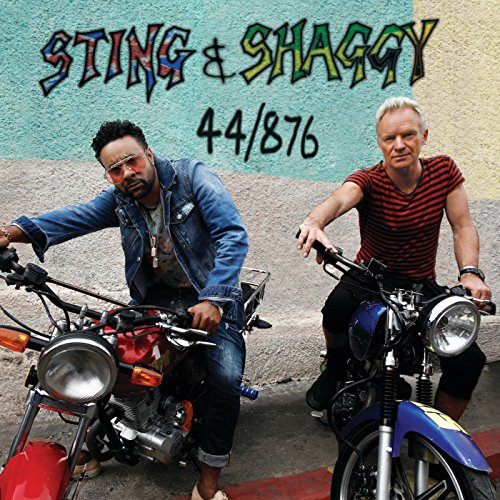 Sting & Shaggy will release their new collaborative, island-inspired album, entitled 44/876, on A&M/Interscope Records.Sting, who wove Jamaican rhythms into his early work with The Police as well as his solo repertoire, and Shaggy, born and raised in Kingston, Jamaica and cutting his musical teeth in the dance hall clubs of Brooklyn and Manhattan, initially joined creative forces to record “Don’t Make Me Wait” as a tribute to the Caribbean sounds that influenced them both – and ended up recording an entire album full of joy, melody and uplifting music.