Posted by Green on April 30, 2020
in folk-rock
as Stephen Stills 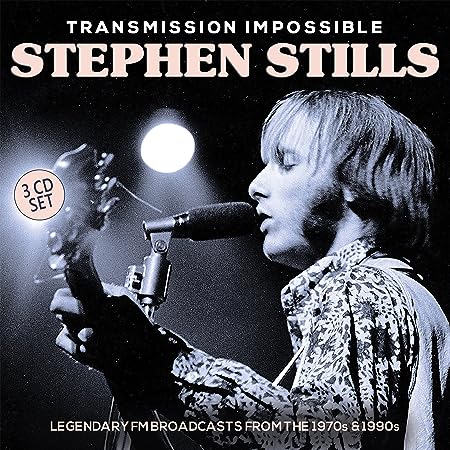 Having spent over 50 years forging a quite extraordinary musical career, Stephen Stills remains a stunning musician, a consummate performer and the first person to have been inducted into the Rock and Roll Hall of Fame twice on the same night, as he was in 1997 as a member of both Buffalo Springfield and Crosby, Stills & Nash. This triple-disc collection contains a selection of live radio broadcast recordings of Stephen in concert, made at various junctures during the man s awesome solo career. First up, disc one features two such transmissions, recorded in the fall of 1976 in Portland, Oregon and New York City in the wake of his own Illegal Stills album, and his joint record with Neil Young Long May You Run, both released earlier in 76. Next up, on disc two, Stills appearance at the 1978 Bread & Roses Festival is featured in its entirety, played about a month after the release of his Thoroughfare Gap album. However, he only performs the title track from the recent release, along with his version of Buddy Holly s Not Fade Away , filling his set instead largely with oldies and covers. On the third CD, Stephen s more recent but still wonderful concert from Las Vegas in 1995 is included, a show renowned as being among the finest, most electric shows Stills ever performed.