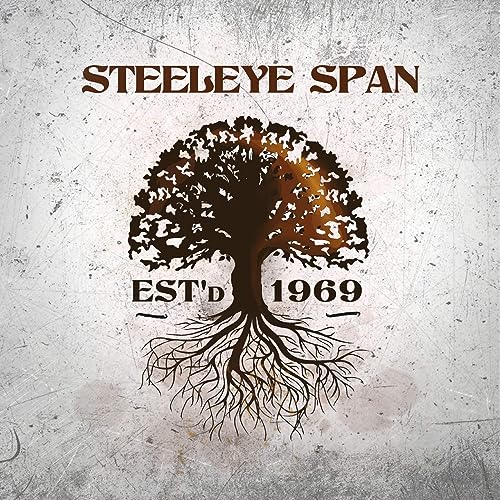 I must I am a big fan of Steeleye’s early years, particularly 1972 to 1976 and their move to a more rocky sound with electric guitars, blazing fiddle to the fore than a full-on rhythm section. They may have encountered criticism for going ‘mainstream’ at the time, but at their height, they deserved their much wider recognition than just in the folk circles. But how will the current lot measure up…?

From the outside, Steeleye in 2019 (their 50th year) may look unfamiliar when compared to those early years. Maddy Prior is, as nearly always, at the helm with lead and backing vocals, sounding a little more mature, but never less than magnificent. Another familiar (fuzzy) face is drummer Liam Genockey who has been on/off with the band since the mid-80s.
Purbeck Valley Folk Festival 2019

After Maddy and Liam, the rest of this substantial seven-piece lineup have joined in the last few years with Julian Littman being the longest-serving newbie on guitar and mandolin. But there is another call-back to earlier Spans. Benji (son of John) keeps a Kirkpatrick in the mix but, as with his time in Bellowhead, it’s strings (bouzouki, guitar, mandolin and banjo) rather than squeezeboxes that are his forté. Beyond Benji, the remainder (who all contribute various vocals) include Jessie May Smart on fiddle, more guitars from Andrew ‘Spud’ Sinclaire and Roger Carey on bass.

That’s a lot of Span. But, breathe a sigh of relief. This is lovely Span. Wonderful Span. It’s an album of vibrant new songs, many of which carry on the band’s rich heritage of taking traditional material and dragging Child Ballads into if not the 21st century, then certainly to the end of the 20th.

The band launch into a familiar Steeleye stomp with Harvest, a tale of agricultural injustice in Old England. It’s a bold opener, but things start to get even more interesting with track two, Old Matron. A ‘blockbuster ballad’ powered by the amassed ranks but augmented by a tune-stealing turn by Ian Anderson from Jethro Tull on flute.

No stranger to Steeleye, he produced their classic album Now We Are Six in 1974 and Anderson and Tull backed Maddy on her solo album Woman in the Wings four years later. But Matron marks the one-legged flautist’s first musical appearance on a Steeleye album. And it’s exhilarating, a call back to the classic Tull folky album Songs From The Wood.

While track two is worth the album price alone, there are plenty more highlights. The January Man by Dave Goulder is an oft-covered song in folk circles (pick your own favourite). Maddy explains in the sleeve notes that Steeleye godfather Tim Hart used to sing the song in the 1960s. Underpinned by Benji Kirkpatrick’s laconic banjo picking, it’s a fable about the seasons of life and nature’s unrelenting cycles, which holds its own against the multifarious previous recordings. Just real shame that Tim isn’t around to sing it himself. But Maddy puts in a fine performance in his stead.

The album hits giddy heights with Mackerel of the Sea. Another Child Ballad with Maddy taking lead, it’s a wyrd old folk fable about shapeshifting and magic that makes it a companion piece for the classic Steeleye song, Alison Gross. It’s the track you want to press repeat as soon as it’s over. Fifty years on, and Steeleye have produced a song that could more than hold its own on a ‘best of’ compilation. No mean feat given the wealth of material and lineups to choose from.

Meanwhile, Cruel Ship’s Captain – at a pinch – could be a False Lights song: the influencers imitating the influenced. It’s also a showcase for Jessie May Smart’s soaring fiddle playing. Roadways may be a little high on the 80s-tastic scale, but it’s performed with conviction and – as with the best of that decade – it’s a bit of a guilty pleasure.

The final track Reclaimed is by Maddy and (ex-Steeleye) Rick Kemp’s daughter Rose-Ellen Kemp. It’s a reminder that all things must pass and that nature will triumph in the end. Watch out humankind; your extinction will come. Just give us a few more years so we can enjoy Steeleye a little longer, who seem to be on something of a roll.