Posted by Green on November 20, 2020
in folk, psychedelic
as Spencer Cullum 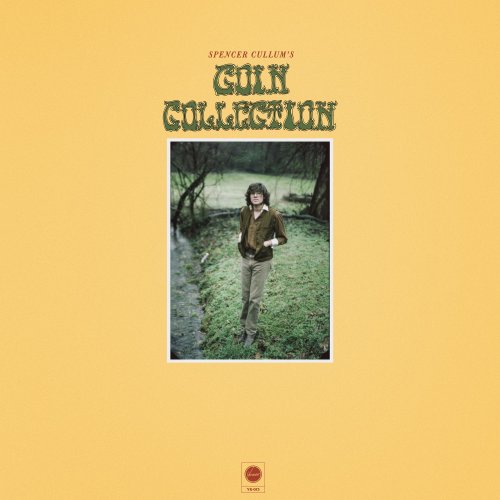 Spencer Cullum has released work in the duo Steelism, can be spotted backing up Miranda Lambert and has guest appearances on a ton of albums. The release of Spencer Cullum’s Coin Collection is his debut solo undertaking but he isn’t going it alone. With his wealth of experience he was able to invite a slew of talented friends including Caitlin Rose, Erin Rae, Jordan Lehning, Herman Dune, Annie Williams, Sean Thompson and a litany of others too long to put in one readable sentence.

The record pays homage to psychedelic folk; a sound established in the 60s and 70s by artists like Kevin Ayers, Robert Wyatt and Fairport Convention; a delicate balance between tender songwriting and psychedelic soundscapes. Tracks like “Imminent Shadow” and “To Be Blinkered” lean more into the folk side, with layers of instrumentation lightly making their presence known against hushed vocals. For the more psychedelic, “Jack of Fools” and “Tombre En Morceaux” up the ante by providing more upbeat tempos and continuously growing layers; with “Dieterich Buxtehude” serving as the pinnacle of psych, going full on krautrock across a near 9-minute runtime. From top to bottom, the album balances these moments of introspection and zoning out without ever missing a step of continuity between tracks. One moment you’re hearing gentle chirping birds and another you’re staring into the void; without ever feeling the least bit jarred.

Cullum originally hails from London and received his pedal steel training from B.J. Cole; a legendary musician that’s worked with the likes of Elton John, Bjork, Beck and John Cale. Like Cole, Cullum’s work with the instrument was never specifically geared towards one genre and Spencer Cullum’s Coin Collection deftly expands Cullum’s palette beyond being just a pedal steel player. The album is a nod to the past that masterfully blends influences, beautifully leverages collaborators and promises there’s plenty more tricks up Cullum’s sleeve.